A Diverse Landscape of Patent Issues Seen in the US, UK, and the EU


A Diverse Landscape of Patent Issues Seen in the US, UK, and the EU 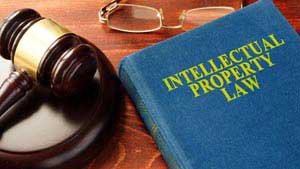 
The past year has seen some changes in the overall global business environment, with specific issues coming up in Germany and the United Kingdom, where questions posed by Brexit continue to dominate concerns. New developments were seen in the area of biosimilars and biobetters in the United States, the UK, and the Netherlands. Sharing insights into intellectual property (IP) protection challenges on both sides of the Atlantic are Kevin Noonan, partner with McDonnell Boehnen Hulbert & Berghoff LLP (MBHB) and chair of the firm’s biotechnology and pharmaceuticals practice group, based in the United States; Daniel Rooke, partner with Start Codon in the United Kingdom; and Mathew Royle and Paul England, both partners with Taylor Wessing LLP.

Uncertainty about Unified Patents and Brexit

BioPharm: How does the global IP protection landscape for biopharmaceuticals differ in the European Union and the UK vs. the US?

Rooke (Start Codon): In Europe, there remains some uncertainty about the Unified Patent Court and Unitary Patent package established by the EU. A constitutional challenge in Germany has prevented its ratification. The Brexit situation has also thrown into doubt the UK’s participation in this system.

England (Taylor Wessing): Increasing patent litigation is being seen concerning biosimilar versions of biological products, most often monoclonal antibody treatments. The complexity and value of these drugs has led to a renewed focus on multiple patenting, in particular the use in Europe of serial divisional applications.

These applications can have a potential chilling effect on launch decisions, because biosimilar entrants cannot clear the way of patent applications by revoking them in the conventional way.  This has led to the development of the Arrow Declaration in the UK and the Netherlands, which effectively gives immunity to a product by implying that any patent it is alleged to infringe is invalid.

The major difference between the patent landscape in Europe and the US is patent linkage. In the EU, the market approval of a generic or biosimilar drug is not dependent on the patent status of its branded equivalent. Consequently, generic and biosimilar companies are able to launch "at risk," although it is more common, particularly in the UK, to seek to clear the way of patents by revocation actions in the national court.

In the US, such linkage exists—albeit in a different form for generic drugs (Hatch-Waxman) and biosimilars (i.e., the patent dance under the Biologics Price Competition and Innovation Act [BPCIA]).  Until fairly recently, the ability to challenge the validity of a patent post-grant in the European patent office further distinguished Europe from the US. This changed with the introduction of the Patent Trial and Appeal Board system in the US, which has now seen some 10,000 petitions.

Royle (Taylor-Wessing): A pressing issue in Europe at present is the need to clarify exactly what form of pharmaceutical product may be protected by a supplementary protection certificate (SPC). It has been a while since the Court of Justice of the European Union (CJEU) ruled that SPC protection extends to secondary medical uses, but the implications of that ruling have yet to be fully resolved.

In addition, a resolution to the Brexit crisis is needed in Europe in order for companies and patients to have greater certainty about the future regulation and supply of drugs.

Noonan (MBHB): The global landscape is very diverse. In the US, since passage of the Hatch-Waxman Act, the primary vehicle for IP-related litigation has been abbreviated new drug application (ANDA) litigation between brand and generic actors.

There is no ‘trend’ regarding how well drug patents stand up, although there is a selection effect to the extent that patents perceived to be ‘weaker’ (especially for follow-on formulations) may be preferentially both challenged and invalidated. How Orange Book-listed patents fare in litigation is very fact- and circumstance-specific.

Biosimilar litigation has taken a different path than many had assumed it would in view of the explicit pre-litigation procedures specified in the BPCIA (i.e., the ‘patent dance’). With the Supreme Court interpreting disclosure provisions to be optional, biosimilar applicants and reference product sponsors have engaged in a variety of strategies. Results have also been situation- and patent-specific. One confounding factor, however, is the fact that most biosimilars have been produced against biologic drugs that were approved so long ago that they are outside the protection of expired product patents, so most of the litigation has been over process patents for drug production. This situation is expected to change (but not in the short term), as new biologic drugs are challenged during the statutory exclusivity period.

The situation in other countries varies, with countries like India, Brazil and China being less patent-owner-friendly and Europe being relatively more so; the issues in many countries involve compulsory licensing, anti-evergreening laws, and compliance with the General Agreement on Tariffs and Trade and Trade Aspects of Intellectual Property Rights (GATT/TRIPS) under the Doha Declaration, which substantially weakens the protections afforded under the World Trade Organization.

As for the most critical issues, in the US, they remain reducing drug costs in ways that do not disrupt drug development pathways (e.g., by making new drug development so unprofitable that it is reduced). Outside the US, issues involve being able to negotiate country-by-country without incurring political opposition (at home or abroad) in an environment in which any agreement between US drug companies and foreign governments may be at risk from unpredictable US government actions.

Biosimilars and the impact of FDA guidance

BioPharm: Regarding biosimilars, there have been some changes in the US, with FDA setting requirements for analytics and for interchangeability and setting limits on citizens petitions. What impact do you expect this to have on competition and patent protection overall?

Royle (Taylor Wessing): These measures are both intended to benefit biosimilar manufacturers and to improve the availability of biosimilars in the US. Guidance on the studies needed to demonstrate an interchangeable biologic will allow biosimilar manufacturers to design appropriate studies. The limits on citizens petitions will makes it more difficult for brands to interfere with the process of biosimilar approvals. This mirrors the approach in Europe, where competition from biosimilars is encouraged. In Europe, however, there is no category of ‘interchangeable biosimilar,’ and prescription decisions are made nationally. Once a biosimilar is marketed, pricing bodies such as the National Institute for Health and Care Excellence (NICE) in the UK encourage physicians to prescribe it rather than the name-brand drug.

Noonan (MBHB): The FDA has worked carefully and deliberately in providing guidances on these and other matters, and appropriately in view of the risks entailed in making biosimilars. One decision that has facilitated biosimilar development is that results obtained in Europe regarding biosimilars have been accepted by FDA in making its approval decisions. This trend can be expected to continue, with guidances becoming more and more consistent with the agency’s experience with considering biosimilars for approval. A final guidance on interchangeability will be important, because, while the exclusivity rewards are high (particularly for ‘older’ drugs that are outside the 12-year statutory exclusivity term), the costs of establishing interchangeability are also high. Biosimilar applicants seeking to pursue interchangeability will need some degree of certainty regarding what the agency expects in order to provide the grant of interchangeability status.

As for the citizens’ petitions, one person’s ‘frivolous’ is another person’s (usually a reference product sponsor’s) justifiable objection to the rules of the game having changed for their drug. This is a policy problem that will diminish over time naturally (for drugs developed after passage of the BPCIA) but, no doubt, has been the source of resource costs for FDA.

Litigation costs not a big factor in overall development

BioPharm: Are the costs of patent litigation increasing and having a greater impact on overall development costs?

Rooke (Start Codon): The costs of litigation vary widely across Europe, in large part due to the different systems found in each jurisdiction. In particular, the common law systems of the UK and the US, which rely heavily on the discovery, preparation, and oral examination of expert evidence, are at the more expensive end of the scale. However, if a case is successful, a proportion of costs can be recovered in the UK.

The costs involved in patent landscaping and litigation to defend and enforce patents on major products are to a large extent ‘priced-in’ by originator companies to the costs of bringing a product to market and maintaining its exclusivity. The cost of clearing the way of blocking patents is also largely integral to the business model of generics/biosimilar companies, although decisions about which battles to fight in this respect are often finely weighed.

Noonan (MBHB): While the costs of patent-related drug litigation are high, it is unlikely that parties will engage in it unless there is a fairly high economic incentive. I don’t see patent litigation costs being a factor in overall development budgets.

BioPharm: What are the biggest issues that biotech faces surrounding the patenting of gene and cell therapies?

England (Taylor Wessing): Medical science is developing in the direction of being able to identify biomarkers for diseases and treat them at the genetic, rather than symptomatic, level. This has two immediate consequences:

Patenting strategies for products will become more complex in order to address the number and type of patient groups for which a product is designed.

As products are developed for smaller patient groups, the cost of those treatments will go up as companies seek to cover R&D costs and make a return on investment from a smaller consumer base. This is already causing a problem for the access to medicines and placing companies under political pressure, particularly in countries such as the UK where many medicines are reimbursed from the public purse.

Noonan (MBHB): Because complementary DNA (cDNA) remains patent-eligible, the physical form most used by the industry is not subject to challenge. Cell therapies are usually based on altered or genetically engineered cells, and the Federal Circuit’s decision on Myriad’s claim 20 is generally used to protect these embodiments. There will almost always be a ‘hand of man’ that has changed these cells (analogous to cDNA) and thus there is a path for patent protection for them.

BioPharm: What challenges must the industry resolve in protecting IP for combination therapies (drug/device)?

Royle (Taylor Wessing): Drug/device manufacturers suffered a disappointment in late 2017 with a CJEU decision on Boston Scientific’s SPC application for a paclitaxel coated stent. Here, the court ruled that a prior authorization procedure for a device incorporating as an integral part a substance, under the Medical Devices Directive, cannot be treated in the same way as a marketing authorization procedure for that substance under the Medicinal Products Directive. As a result, the paclitaxel-coated stent was not capable of SPC protection based on the CE mark. As EU SPC law stands, therefore, SPC protection based on the CE mark for a device is not possible in the EU. There are not currently understood to be any proposals to remedy this gap in SPC protection.

Noonan (MBHB): Again, provided that the combination is not obvious (e.g., using an old device to deliver an old drug, where the delivery device works with the new drug the same way as with older drugs) then there aren’t any challenges per se regarding these inventions. These inventions can be claimed as methods for administering/delivering a drug as well as a device for administering the drug. Care need be taken, however, in how these various aspects are claimed (e.g., a generic delivery device may be sold without a drug and thus, claims encompassing only embodiments comprising the drug would not literally infringe any patents).