By Cynthia A. Challener 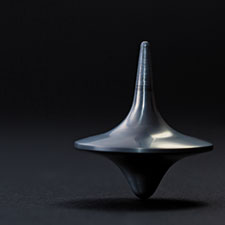 Perfusion cell-culture processes have been used for more than two decades for the production of unstable/labile biologic drug substances such as recombinant blood factors. With rising pressure to reduce costs and streamline bioprocess development, biopharmaceutical manufacturers are exploring the application of perfusion to a wider selection of biomolecules.

“Perfusion is not a new concept in this industry but was perceived as too complex to run for many years. With recent availability of perfusion bioreactors and novel cell retention technologies, there is a renewed interest in perfusion cell culture,” notes Peter Levison, executive director of business development at Pall Biotech.

The differences in processing conditions for batch and perfusion cell culture lead to different requirements for bioreactors used for these processes. Equipment suppliers are responding to needs for more durable reactors and sensors, a greater variety of monitoring technologies, and bioreactors that can integrate with cell retention devices.

Perfusion processes are generally considered to be those in which the product is continuously harvested from the bioreactor and new media is fed. These processes can be run for weeks or even months at a time, while batch processes may last for hours or a few days at most.

Liquid management is different for batch and perfusion processes, according to Yasser Kehail, Xcellerex global product manager at GE Healthcare Life Sciences. “For a perfusion process, you may need to add a vessel volume per day of cell-culture media. For a perfusion process run in a 2000-L bioreactor, 2000 L of media may be needed per day vs. 2000 L per run for a batch process. While the implications of media consumption from an economic perspective can be determined at small-scale rather effectively, it is in the scale-up phase where the system design is imperative for realizing desired process economies at larger scales,” he explains.

It is also important, according to Levison, to remember that a perfusion system requires more than a bioreactor alone. “The most specific need is that the cell retention device and system to control the perfusion recirculation flow, cell bleed, and product-containing flow must be integrated with the bioreactor effectively to maintain the culture at steady state,” he observes. The choice of the cell retention system, its filter pore size, and its integration or sterile connection to the bioreactor are of fundamental importance for all types of perfusion processes, agrees Thorsten Adams, head of bioreactor development at Sartorius Stedim Biotech. The system must also be operational under aseptic conditions for the duration of the perfusion culture.

For perfusion processes, the bioreactor must be designed to withstand long process times and support high cell densities. “When looking at a bioreactor design, there are hardware, consumables, and automation differences,” Kehail says. “Because perfusion is an intensified process, there are more cells and thus a higher oxygen uptake rate, which results in a higher carbon dioxide (CO2) evolution rate,” he adds. Perfusion bioreactors therefore need larger mass flow controllers sized accordingly. In addition, due to the higher air flow rates, the bioreactor consumables need a larger exhaust filter.

Sensor design and performance are also crucial, according to Kehail. Bioreactor probe reliability is crucial due to fouling and longer process durations. “Perfusion bioreactors require system integration, particularly for fine-tuning of the media feed. The control strategy usually involves connecting the media feed to the vessel weight and feeding this information back to the media feed pump. In addition, to maintain a steady state, the control strategy for cell bleeding via the pump is also often fine-tuned using feedback from a viable cell density probe,” he comments. Appropriate flow sensors (either clamp-on or inline) to measure media feed or permeate and viable cell-density probes are therefore important.

An extra-large retention port is also needed in a perfusion bioreactor to connect the cell retention device. This port must be carefully designed in terms of the connector type, size, and diameter, according to Kehail. Seamless integration of a cell retention device with the perfusion bioreactor is crucial, agrees Levison. Technologies for cell retention include gravity settling, pumping through internal filters, external loop flow-through filters, and centrifugation. Alternating tangential flow (ATF) filtration technology (developed by Refine Technology, now Repligen) is commonly used.

For perfusion processes used to manufacture chimeric antigen receptor (CAR) T-cell therapies, the size and ease of use of perfusion systems—in addition to robustness and sterility—significantly impact the scale-out of these processes, in which bioreactor farms consisting of many dozens to hundreds of bioreactors are operated in one facility, according to Adams.

Stainless steel vs. single use

The benefits of single-use technology align well with continuous processing. “The inherent advantages of single-use systems compared to stainless-steel are speed and flexibility, which are also the main goals of perfusion applications,” asserts Kehail. For new processes, for instance, an extra perfusion port or feed line for additional media supplements can be easily added.

In addition, the ability to assure sterility and no introduction of contaminants is essential in the longer running perfusion bioprocesses; sterility also is facilitated by employing disposable systems, according to Levison. In addition, change-over processes are also simplified using single-use systems.

As with batch and fed-batch processes, single-use bioreactors offer numerous other advantages over stainless steel. “Users can eliminate most of the cleaning and validation steps that are associated with stainless-steel systems, saving both time and cost. They can also realize economic benefits with the reduction of de-risking in the startup phase of a cell culture process, which is a higher risk and more time-intensive part of the operation,” Levison states.

Additionally, Pall Biotech has seen growing interest in N-1 perfusion bioreactors to increase the seed density of the N bioreactor (which is often fed-batch). The goal, according to Levison, is to intensify the process and reduce overall upstream process time, which delivers even more cost and time savings.

The longer process durations can be more challenging for single-use bioreactors. “The industry has called for continued innovation in the applications of single-use technologies,” notes Levison. “Since perfusion processes can run upwards of 60+ days (some even 120+ days), all of the equipment and consumables must be fully reliable, because the biocontainer cannot be changed partway through the cell-culture process,” he observes.

Equipment suppliers are addressing this issue in a number of ways. Pall Biotech has optimized its single-use technologies and focused critical development resources on improving controls and sensing to provide real integrity and guaranteed stability for the bioreactor run, according to Levison. He adds that the company has also invested significant resources on assuring the integrity of its disposable biocontainers.

Sartorius Stedim Biotech has introduced a bioreactor design with a magnetically driven stirrer shaft that is fixed at the top and bottom position in the bag holder to reduce unwanted movements and ensure long process stability, according to Adams. It has also developed a biocontainer film that is both robust and flexible and offers a low and defined leachables profile. Adams notes that the company’s single-use bioreactors for perfusion also incorporate the same sensor and software platforms provided with its stainless-steel bioreactors, allowing for the same process control strategies.

Fluid paths that decrease shear are key as well, according to Levison. “It is not just the design of the biocontainers, but also the impellers and aerator that can have a great impact on how the cells are handled in the process,” he explains. There have been bioreactor bag improvements to handle high air flows by optimizing the seam and its angle, according to Kehail. He also points to advances in sparge design for optimizing oxygen transfer and CO2 stripping. GE Healthcare Life Sciences’ disposable bioreactor platform has a sparger plate for aeration and a separate (Tee-sparger) for CO2 stripping with its own mass flow controller, which allows better process control. Sartorius Stedim Biotech has developed the combisparger, which comprises a microsparger part for efficient O2 transfer combined with a ring-sparger part to provide an automatically regulated air stream for CO2  stripping.

Advances have also been made with respect to the reliability of the one-inch sterile connectors on bioreactor bags required for some retention devices, according to Kehail. New flow sensors with improved accuracy for measure media addition and the permeate have also been introduced.

“Suppliers and many others in the industry are looking at how further design and development can optimize the production environment. As the industry pushes towards process intensification and even continuous processing solutions, this is the next logical step,” Levison asserts.

The fact remains, however, that running a perfusion process with a production bioreactor and an external perfusion system is still complex and requires expert skills that are not available ubiquitously in the industry, according to Adams.

Foam formation has also yet to be addressed, according to Kehail. Foam can be generated due to the high air flow rates in perfusion processes, and new, reliable foam sensors are needed to prevent process failures.

To maintain steady-state conditions, the perfusion rate, cell bleed rate, and product harvest rate must all be synchronized, monitored, and controlled. One way to simplify perfusion processes is to have the cell retention device closely connected to the perfusion bioreactor, yet have the flexibility to operate with multiple commercially available perfusion bioreactor solutions, according to Levison.

Pall Biotech is working on adopting acoustic wave separation (AWS) technology, originally developed for batch applications, for perfusion processes. The company is gathering data at the process development and intermediate scales with the goal of commercial-scale application. “Our team has focused on running AWS perfusion technology connected with, but agnostic to, the bioreactor design so there would be no impact on the product quality or continuous cell culture,” Levison comments.

AWS retains recirculating cells from a perfusion bioreactor without the need for a hollow fiber filter device, which is a widely used approach for cell retention. No membrane means no fouling or loss of product, according to Levison. “The results we have seen so far show successful, simplified integration of the AWS cell retention technology with perfusion bioreactors at cell densities of up to 100 million cells/mL with 100% product transmission under typical process conditions used in the continuous production of biologics,” he notes.

Sartorius Stedim Biotech is working with Repligen to develop integration of the Repligen ATF system into the Sartorius bioreactor with respect to both process control and consumables, according to Adams. “The goal is to create a unique plug-and-play technology that allows the running of high-end perfusion and concentrated fed-batch processes with predefined templates, thus reducing the complexity and unlocking the power of perfusion for the ‘novice’ user,” he says.

In addition to the design of bioreactors, the design of perfusion processes impact their successful implementation. “When it comes to systems integration and control, cells are most happy in a steady state; control response, sensor accuracy, and so on can have an impact, and this is critical to keep in mind for scaling considerations,” Kehail asserts. He points to the feed rate and its effect on pH and osmolarity as important issues to consider. “It is important to design a process with a balanced feed rate that ensures the target is reached without compromising the critical quality attributes of the product,” he states.

Running longer processes requires additional mitigation steps, according to Levison. When perfusion processes are run for 90 days or longer, mitigation of the cost of the perfusion media over time is crucial, as is the need to prevent the fouling of cell retention devices. In the former case, he notes that the industry is working to address the issue with the goal of optimizing the cell culture conditions needed to run perfusion processes reliably and successfully. To address the latter problem, Levison recommends having a remediation plan in place along with a redundant system as a backup to ensure the continuity of a continuous upstream process.