By working together to harmonize the highly variable steps within the biopharmaceutical manufacturing process, both end users and suppliers are making strides toward the efficiency and integrity of single-use technology. 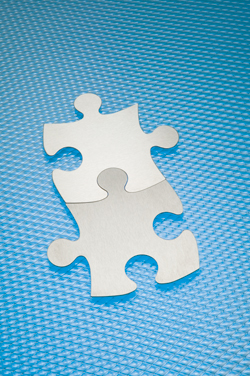 The use of disposable, single-use components within the biopharmaceutical manufacturing process is not a new phenomenon. Silicone tubing, capsule filters, tissue culture flasks, and high-density cell culture equipment are just some of the types of single-use components that have been in use for decades. Single-use systems minimize the risks for cross-contamination between batches, can be set up more quickly than traditional fixed systems, can lower operating costs per batch, and may allow for market entry into a specific geography.

While the benefits to flexibility, productivity, and cost that can be achieved by replacing stainless-steel equipment with disposable, single-use equipment are fairly well known, a more counterintuitive benefit is that single-use systems can actually be the more environmentally favorable option as well. Even though people may assume that disposing of each component after just one use would be more wasteful and therefore less environmentally friendly, research has proven the opposite to be true. A comprehensive study used lifecycle assessment to examine the environmental impacts of single-use technology across the full process train. This study found that single-use technology resulted in less impact on the environment across a wide range of parameters, including effects on ecosystems, human health, and resources (1). “In the traditional pharmaceutical business, you spend a lot of time washing and sterilizing items to avoid the cross-contamination concerns. In single use, that water use is reduced to almost nothing, even if you look at the full lifecycle of the processing components,” explains Mark Petrich, PhD, Director-Component Engineering, Merck Sharpe & Dohme. [

There is a big difference, however, between using a disposable component here and there and using a large-scale, fully single-use system for the entire commercial production process, such as the manufacturing facility built by Amgen in Singapore (2). Despite all of the benefits to single-use technology, organizations are sometimes reluctant to expand its use. Concerns such as extractables and leachables, visible particulate contaminants, and system integrity may prevent some manufacturers from more widespread adoption of single-use technology. Industry groups such as the BioPhorum Operations Group (BPOG) have been working to overcome these obstacles to single-use technology. The BPOG members who have been collaborating about this topic determined that their goal would be to advance the knowledge and application of disposable technology within the next five years to a point that is either equal to or better than the knowledge and application of stainless steel today, and the current article shares insights from three of those members.

Some companies that were early adopters of single-use systems may shy away from them now due to various challenges, “Ranging from refusal of their market licensure applications to loss of batches due to questionable product quality and even 483 observations. These challenges dampen their enthusiasm and slow down their implementation efforts,” said Ken Wong, deputy director, Process Technology, Sanofi Pasteur [reference?]. Many of these cases most likely involved integrity issues from extractables and leachables. Three quarters of the end users surveyed as part of the 12th Annual Report and Survey of Biopharmaceutical Manufacturing Capacity and Production agreed or strongly agreed that concerns with leachables and extractables restrict their use of disposables (3). When each end user asks its suppliers for different tests to be performed, the process becomes confusing and inefficient at best. Some smaller suppliers may even decide that supplying to the biopharmaceutical industry is not worth the extra effort. In addition, manufacturers had been generating their testing methods for single-use systems by extrapolating from their interpretations of the regulatory requirements for traditional systems. In order to facilitate the adoption of single-use systems for commercial manufacturing, standardization of extractables testing is needed. For these reasons, many representatives from industry joined together to publish a comprehensive white paper (4) that offers a single user voice that answers common questions suppliers might have about the scope, study design, sample preparation, analytical methods, and reporting involved in extractables testing. “To me, a key reason some manufacturers may not be adopting single-use technology more widely,” said Wong, “is a lack of in-depth understanding of single-use technology in terms of the potential risk to quality, as well as a lack of clear understanding of full qualification and validation requirements,” and documents such as this testing protocol aim to remove some of those misunderstandings. Consistency across the user base should help take the guesswork out of testing for suppliers, streamlining the process and paving the way for users to have the confidence and data they need when comparing single-use components.

The concerns with extractables and leachables in single-use systems are addressable. Many commercial products have been using single-use bags for the manufacture of large-scale commercial products for a long time, and so the main difference between that and a system that uses fully single-use technology is the bioreactor, which is far upstream: there are significant purification processes in place further downstream. According to Duncan Low, scientific executive director, Amgen, “Extractables and leachables are a concern and their impact needs to be understood. The first step is to identify potential leachables through extractables studies. This is where standardized extractables protocols provide a uniform approach that benefits end-users. The end-user can use this information to determine worst-case scenarios for each assembly based on surface areas and contact times. A toxicologist can determine thresholds of toxicological concern for the identified extractables. The end-user can then determine the contribution of dilution, and removal steps such as [ultrafiltration/diafiltration] and chromatography, in reducing the calculated levels to below acceptable limits, in which case the assembly or assemblies can be deemed low risk.

The validity of this approach can be confirmed by leachables studies on the finished drug substance produced by the intended process, which would be indicative of the cumulative impact of all SUS in the process.”

Now that an extractables standardization protocol has been published, the BPOG member companies are implementing the protocol within their own organizations, providing user requirements packs to their suppliers to explain the testing expectations in detail. In addition, because these members are aware that suppliers will have questions regarding the testing methods, and to encourage open dialogue between end users and suppliers. “We are also providing free consultations to suppliers who have questions about executing their own studies, including upfront reviews of their study protocols,” said Wong. Rather than simply demanding that suppliers comply with the extractables testing protocol and penalize them when they fail to do so, these end users are reaching out to suppliers to try to facilitate the transitional period as much as possible.

“We still need more three-way conversations between end users, suppliers, and regulators, so that we are all on the same page on the key challenges and mutual expectations, as well as the regulatory implications,” Wong said. All of the efforts to date certainly lay a sturdy foundation for these discussions to take place, with work to improve and standardize single-use technology being initiated by several industry and professional societies with varied memberships including all types of stakeholders, such as the American Society of Mechanical Engineers (ASME), American Society for Testing and Materials (ASTM) International, BPOG, the Bio-Process Systems Alliance (BPSA), the Extractables and Leachables Safety Information Exchange (ELSIE), the International Society for Pharmaceutical Engineering (ISPE), the Parenteral Drug Association (PDA), and the US Pharmacopeial Convention (USP), and with collaborations between these organizations as well. ASTM International, for example, as part of their E55 technical committee on the manufacture of pharmaceutical and biopharmaceutical products, has begun to create an entire series of consensus standards about the qualification of single-use systems. Because these consensus standards will have legal status, they will allow for meaningful conversations to take place.

While it can be important to engage in open dialogue with any type of manufacturing process, the nature of single-use systems might cause it to be an even more crucial step toward success. “With single-use technology, you’re putting a lot of the responsibility for quality into the hands of the suppliers. So having a really good, transparent relationship with them is very important,” said Low, who explained further, “There are multiple suppliers behind every unit we purchase. We really need to be confident that the requirements for quality are there through the entire supply chain.” The more companies that adopt standardized processes such as the extractables testing protocol, and help their suppliers understand the need for this testing and how to execute the studies, the more suppliers will understand about the intricacies of their products and how they can affect the manufacturing process when in use. Hopefully, they will also transfer this knowledge to their suppliers as well.

A few years ago, the Disposables group within BPOG initiated a program called the Good Manufacturing Practices (GMP) Expectations Gap, which was a type of industry outreach initiative to educate stakeholders about GMP (i.e., what it is, what documentation end users require from suppliers in order to comply with GMP regulations, and what else is expected of suppliers in the name of GMP). It was presented a number of times to various organizations, including the BPSA Summit, which was attended by mainly single-use suppliers. This kind of information-sharing exercise can help bridge the gap between manufacturers and suppliers.

In addition to the extractables testing protocol, work has also been initiated to create a similar best practice document for leachables testing, getting one step closer to eliminating the guesswork to extractables and leachables within single-use systems. Efforts toward standardizing the supplier change control and change notification processes, as well as standardizing user requirements, have also been initiated as joint efforts between end users within BPOG member companies and the supplier base through BPSA. By working together to harmonize all of these highly variable steps within the biopharmaceutical manufacturing process, both end users and suppliers are making strides toward the efficiency and integrity of single-use technology.

In addition to standardizing testing, documentation, and process steps, it will also be necessary to make strides toward standardizing design features as well. Even though all manufacturers deal with the same basic steps, such as filtration and chromatography, there are almost no commonalities within the designs of single-use systems, because each organization wants to customize. Petrich said, “I support the push for more standardization of the basic steps. The hope is that this will allow people to focus on those few designs and really optimize them to realize some of the economies of scale that would be possible if you make large numbers of the same thing.” Initiatives being championed toward this goal within the industry may make this optimization possible.

“We can make changes to how single-use technology will look in the future, and how it’s perceived by regulators in the future, by putting in effort now through groups such as BPOG, ASTM, ASME, BPSA, ISPE, and PDA. I think there’s increased recognition that it’s not ‘us’ and ‘them,’ but it’s a community effort in order to get single-use technology properly specified, designed, and reproducibly delivered so we can use it to make the medicines we’re all trying to make,” said Petrich.