Biopharma in 2015: A Year for Approvals and Innovations 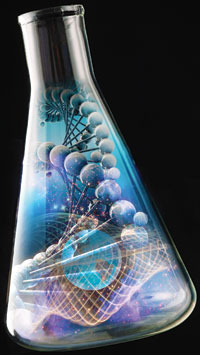 Insiders agree that 2015 was a banner year for biopharma. Last year’s new drug approvals reached 51, besting every year since 1950. Twenty approvals (39%) went to biological drugs—up from 35% in 2014 and 22% in 2013—which confirms the growing importance of biopharmaceuticals in the industry pipeline.1

Process Development Forum (PDF) reported on the challenges and opportunities of getting a product approved. One of the most groundbreaking approvals occurred in March, when the FDA approved the first biosimilar in the US (years after the first such approval in Europe), Sandoz’s Zarxio (filgrastim-sndz). The approval came via the new biosimilars pathway established under the Biologics Price Competition and Innovation Act. As of September 2015, FDA received six biosimilar applications to reference products (including Zarxio), the latest filed in early October. Of equal importance, some 57 biosimilar products for 16 reference products are enrolled in FDA’s Biosimilar Product Development program, and sponsors are seeking preliminary advice on another 27 projects.

Biosimilar approval remained active globally as well. Immediately following its acquisition by Pfizer, Hospira announced a major milestone in February, 2015: its first monoclonal antibody (mAb) biosimilar was approved for use in West Europe.2 And in November, The European Medicines Agency (EMA) Committee for Medicinal Products for Human Use recommended approval of Benepali, a biosimilar of etanercept (Enbrel, Immunex and Amgen), for treatment of rheumatoid arthritis (RA), psoriatic arthritis, axial spondyloarthritis, and plaque psoriasis.

While the US has approved only one biosimilar therapeutic; Japan, Australia and Europe have approved six, eight and 19 biosimilars respectively. Biosimilars have an exemplary safety track record in the EU, Japan, and Canada. The EU was the first geographic market to develop the process of authorization of biosimilars, setting an example for many other developing markets to follow suit. As of 2015, the EU approved 19 biosimilars, out of 21 submissions, mostly for three reference biologics such as Somatropin, Epoetin alfa, and Filgrastim.3

In addition, nine of the therapeutic biological products approved by FDA in 2015 were monoclonal antibodies (mAbs), and as many as 14 more are projected to hit the market this year, according to data compiled by EvaluatePharma, in collaboration with BioPharm International magazine. mAbs show promise in treating Alzheimer’s, lymphoblastic leukemia, and are playing a role in helping to improve survival of patients with multiple mueloma.

Last year was also a year when novel bioprocess technologies were in the spotlight. Continuous processing escalated in 2015 and was discussed at almost every bioprocess conference or event. This trend was apparent on PDF, where articles on continuous downstream processing generated a lot of attention.

This year, PDF will continue to report on drug approvals, innovations and industry trends that interest our readers. In the meantime, if you didn’t catch these stories the first time around, be sure to check out some of the top PDF articles of 2015:

Continuous chromatography in downstream processing of a monoclonal antibody

The Use of Dynamic Control in Periodic Counter-Current Chromatography

A Bright Future for the Plasma Fractionation Industry