CDMOs can claim credit for the robust growth of emerging bio/pharma financings. 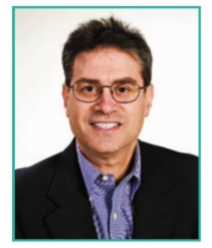 Emerging bio/pharmaceutical companies are going through an unprecedented period of opportunity and growth and have contract development and manufacturing organizations (CDMOs) to thank for much of their good fortune.

A number of factors have contributed to the explosion in funding for emerging bio/pharma companies, including:

• An increased arsenal of weapons to aim at those targets with traditional small molecule and monoclonal antibodies being augmented by highly potent small molecules, antibody drug conjugates, and gene and cell therapies

• A robust equity investment environment across the economy

• A mature network of contract services providers that can get new drug candidates into clinical trials and end markets relatively quickly.

Individually and in combination, these factors have greatly changed the risk/reward equation for new drug development. Relative to what they could expect 10 or more years ago, investors in emerging bio/pharma companies today can put up less money and get proof of concept more quickly, for the following reasons:

• Most new drug candidates are highly targeted at narrow diseases, meaning that clinical trials can be smaller and faster, with less commercial infrastructure.

• Regulatory pathways such as the breakthrough therapy designation enable smaller clinical programs and faster approval times, while the 503(b)2 pathway for new formulations of older products may mean that only bioequivalence studies are needed.

While scientific research can discover targets and ways of attacking them, those discoveries are only valuable if they can be converted into physical products that can be safely and effectively administered to patients, and if that safety and efficacy can be demonstrated in clinical research. For that reason, CDMOs and contract research organizations (CROs) are the real enablers of success for emerging bio/pharma companies.

By relying on CDMOs, emerging bio/pharma companies can get a product into Phase I testing for $2-5 million and in one to two years from when they commence GMP-compliant development. Without the access to CDMOs, companies would need to invest at least $10 million in facilities and a similar amount on manufacturing, analytical, and quality professionals. It would take at least two years before that infrastructure could start making product, and much of that capacity would be underutilized. In short, the presence of a robust CDMO industry probably reduces the cost of making the product by 50-75% and shortens the time to the clinic by half.

Those time and cost savings accrue to the venture capitalists and public investors who back emerging bio/pharma companies. The amount of funding put at risk for any given company is much less, and the money and time expended on a product or company that is ultimately unsuccessful are much less. That means there is more funding available to back more companies with less risk.

The relationship between emerging bio/pharma companies and the CDMO industry is truly symbiotic: one could not exist without the other. Thanks to the economics cited previously, the emerging bio/pharma sector depends on CDMOs for at least 80% of its development and manufacturing requirements and is similarly dependent on CROs for their preclinical and clinical testing needs. CDMOs have enabled the formation of virtual companies with just a few staff overseeing a network of service providers.

On the other hand, the availability of funding for emerging bio/pharma drives the fortunes of the CDMO industry.

Following the sharp decline in funding for emerging bio/pharma in the wake of the global financial crisis, many CDMOs hung on by their fingertips and some went out of business altogether. By contrast, in today’s environment, most are growing at double-digit rates and are sought after by private equity firms wanting to acquire them at valuations as high as 15 times earnings.

Emerging bio/pharma companies are much more important to CDMOs than they are to clinical CROs. The ability of CROs to reduce clinical research costs by absorbing large numbers of clinical staff from company payrolls and implementing advanced information technology made them valuable partners for global bio/pharma. By contrast, global bio/pharma have been much less willing to outsource their manufacturing operations.

The two biggest risks to the emerging biopharma and CDMO industries would seem to be a downturn in macroeconomic conditions that would make investors more skittish about investing and a major change in the willingness and ability of the US healthcare industry to pay for expensive new drugs. Both of these risks are real. Many economists see the likelihood of a recession in the United States in 2019 or 2020; the Trump administration campaigned on the promise to bring down drug prices; and US corporations look to be getting more aggressive in managing healthcare costs, including the cost of drugs.

Nevertheless, CDMOs look well-positioned to ride the wave of emerging bio/pharma success into the foreseeable future. The year 2018 has started off well for new financings, and public companies have often been able to raise sufficient funding to last them for a number of years into the future. Further, while global bio/pharma companies have dominated new product approvals in recent years, thanks largely to their acquisitions and in-licensing, pipeline data suggest that more emerging bio/pharma companies are willing and able to remain independent entities.