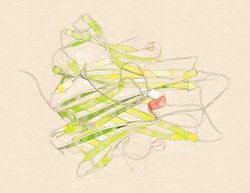 Four biosimilars have been approved for the market by FDA as of February 2017, and more are in the pipeline. Now that biosimilars are here to stay, manufacturers are developing processes for cost efficiency and reliability using newer technology to compete with innovator products based on processes 10-15 years old. Those technologies include more productive cell lines, single use, and powerful analytical methods.

The problem of copying biologics

Biologic drugs have revolutionized the pharmaceutical industry by attacking disease using the mechanisms of the cell and immune system. These therapies are fragile and require a complex manufacturing process to produce. For the earliest biologics, patents have expired or are near expiration, opening the door for follow-on generic product competitions. FDA approved the first Humira (adalimumab) biosimilar, Amjevita (Amgen), in September 2016, and it was the fourth biosimilar approved in the United States. The European Medicines Agency (EMA) started approving biologics well before the US, and approved 22 biosimilars by the end of 2016.

Unlike a small-molecule drug, however, a biologic drug can’t be precisely copied. Biopharmaceuticals are produced in cell cultures, and the final product is much more than a DNA sequence. These products are subject to post-translational modifications such as glycosylation, phosphorylation, methylation, hydroxylation, and sulfation that affect their activity and immunogenicity. Conditions of growth, the type of expression system, the formulation of the final product, and packaging decisions also affect the essential character of the product.

Adam Elhofy, chief science officer for Essential Pharmaceuticals, has worked with innovator biopharmaceutical companies as well as biosimilar companies. “Biosimilars are constrained in that they have to hit certain quality parameters set by the innovator,” Elhofy says. Essential Pharmaceuticals provides an animal-component free media that boosts titer and enhances protein quality. It can be difficult to change or improve processes with the strict regulations around biologics and biosimilars. “We’re working with several biosimilar companies and also working with innovators,” Elhofy says. “In some cases, the protocols are locked down, and it’s difficult for them to bring in a new product.”

Although the specific growth conditions and formulation of a biopharmaceutical are an intrinsic part of its nature as a drug, the information about processes and formulation are mostly proprietary. Biosimilar manufacturers begin the development of a process with a large information gap. So while the technology of manufacturing a biosimilar is largely the same as manufacturing an original biologic drug, the lack of knowledge about the composition of the originator biologic presents a unique challenge.

Establishment of biosimilarity to the original product is a high standard to meet. Biosimilar manufacturers must show that their product performs comparably in analytical and preclinical assays, and must also carry out clinical studies to establish biosimilarity (1, 2).

Monoclonal antibodies (mAbs) are the most common and most well-known class of biopharmaceuticals. As of February 2017, FDA lists 68 approved mAbs, and approvals have been increasing each year since the late 1990s (3). mAbs are comprised of several domains that contribute to their function. The Fab region of an antibody interacts with the target, while the Fc is engaged in cell-mediated cytotoxicity. Under EMA regulations,

in-vitro studies must show that the antibody binds to the target antigen, that it is binding to representative isoforms of the three Fc gamma receptors, and that its Fab and Fc domains function as intended.

Functional assays therefore play a critical role in biosimilar manufacturing. In-vivo testing may also be required, depending on regulatory concerns. Comparative analysis through clinical evaluation is also required for production of the biosimilar product.

Immunogenicity is another important aspect of biosimilarity. Because it is not possible to predict immunogenicity in humans using animal models, initial estimates of immunogenicity are based on risk assessment and confirmed through postmarketing vigilance.

Because the emphasis in biosimilar manufacturing is on comparability and biosimilarity, analytic technology takes on an even greater importance in process development. Antibody molecules, for example, may have 5 or 10 different functions, requiring 5 or 10 different functional assays. Those may include antibody-dependent cellular toxicity (ADCC), complement-dependent cytotoxicity (CDC) assays, reporter assays, and potency assays. Technologies used typically include ELISA, electrochemiluminescence, and surface plasmon resonance (Biacore, GE Healthcare) analysis.

Biacore, in particular, has become a workhorse of biopharmaceutical production, and plays an even larger role in the manufacture of biosimilars. According to Jason Schuman, a senior product specialist at GE Healthcare, Biacore is used to screen hybridoma lysates for selection of lead candidates, to measure binding properties, and to evaluate safety, quality, and immunogenicity. Schuman says Biacore is used more frequently to test biosimilars than it is to analyze originator molecules. For biosimilars, Schuman says, “There is much more dependence upon bioanalytical assays, as opposed to some other cell-based assays, because that proof has already been accomplished by the originator. Therefore, a biophysical potency measurement plays a much bigger role in the biosimilar market as opposed to [the market for] the original molecule.”

Daniel Galebraith, who is chief scientific officer for Sartorius Stedim BioOutsource Ltd., says analytics is emerging as a core technology in process development. One example of how analytics come into play in biosimilar manufacturing is in the development of copies of Humira. “We have a lot of companies trying to make a biosimilar copy of that molecule. One of [Humira’s] functions is ADCC activity,” notes Galebraith. “Trying to replicate that molecule with its ADCC activity is difficult for biosimilar manufacturers,” he notes. “Many companies have used a number of our assays, monitoring whether the process they use is going to get them that biosimilar copy.”

To be price competitive with the corresponding biopharmaceutical product, the cost of biosimilar manufacturing must be kept as low as possible. Price pressure on biosimilars has driven trends toward more cost-effective manufacturing processes, such as single-use technologies, throughout the biopharmaceutical industry. One counterintuitive trend is downsizing or right-sizing the entire process to increase production. Traditional manufacturing processes for biologics make use of large, fed-batch reactors and oversized chromatography columns that end up wasting time or material. Alternatively, upstream process scale-up can make use of perfusion reactors, which use a constant supply of cell-culture media while removing unwanted byproducts throughout a prolonged production run of typically more than 20 days (4).

Downstream processing goals include multiple stages of purification and concentration. Disposable, single-use filtration is an alternative to outdated centrifugation methods that are difficult to scale and complicated to use. Expanded-bed absorption (EBA) offers an alternative to oversized chromatography columns. EBA combines filtration, centrifugation, and chromatographic separation into a single step and can handle high-density cell feeds directly from the bioreactor.

Nanofiber adsorbants are another resin column alternative. They are able to flow at fast rates, albeit with low binding capacity.

In contrast, older biopharmaceutical production facilities are burdened with legacy equipment and outdated processes with highly limited flexibility. Those facilities struggle to compete with biosimilar production facilities equipped with small, efficient, highly flexible processes running on single-use technologies. Innovator products are locked into their older process by regulations. Knowing this, many innovators have been developing their own competing biosimilars in order to take advantage of newer technologies.

Cost competition is transforming technology in biopharmaceutical processing, with biosimilar manufacturers leading the way. Smaller equipment, continuous processes, and single-use technologies are replacing large-scale reactors in a movement reminiscent of the lean manufacturing trend. The ultimate beneficiary will be patients, who are likely to see reductions in the currently astronomical price of life-saving biologic therapies.