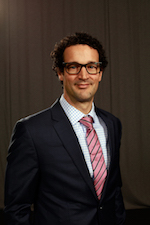 mAb purification platforms are very well established, and almost all approved mAb purification platforms are using a Protein A capture step. In the last decade, significant development has also been made in the area of Protein A, both in term of binding capacity and stability, as discussed in a previous Q&A session. What do you feel are the remaining challenges in the protein A capture step of mAbs?

I would say that there are two main challenges that customers face today: control of bioburden and rate-limiting productivity at the capture step.

It is well established that Protein A chromatography columns are more prone to bioburden contamination due to heavy impurity load and weak tolerance towards the most efficient cleaning-in-place solutions. Although Protein A resins introduced to the market in the last 10 years withstand low to medium concentrations of sodium hydroxide for cleaning, like 0.1 M sodium hydroxide and in some cases 0.5 M, the stability of the resins is still a challenge. It has still not been possible to use the industry standard 1.0 M NaOH solution during cleaning-in-place (CIP) or sanitization-in-place (SIP).

GE stated in a recent press release that a new standard for monoclonal antibody purification is being set. Can you elaborate on that?

At GE, we felt that with our knowledge and experience of chromatography base matrix construction, and capabilities in molecular engineering, we could make further improvements to address the issues I described earlier. Several years ago, we started a development project to design and validate the next-generation protein A resin, MabSelect PrismA, which was just introduced to the market. Now, 1M NaOH can in fact be used, improving the bioburden control, and the binding capacity is now up to 80 g/L. With an increased binding capacity and new high-flow agarose bead design, the productivity of current chromatography columns and systems can be improved without costly capital expenditures, making more efficient use of existing manufacturing footprint. Alternatively, smaller resin volumes could be used to achieve a given mass throughput, and also the buffer consumption will go down.

The price of protein A is often raised as a concern, and that the protein A step is a significant contribution to the overall cost of production of mAbs. What is your response to these concerns?

It is true that Protein A affinity chromatography resins have higher cost per liter compared to, for example, ion exchangers or HIC resins. It is also true that many people have looked to replace Protein A with other technologies that offer a lower cost of ownership. Despite many attempts to find suitable alternatives, I think it is fair to say that Protein A’s simplicity, robustness, and specificity make it very hard to replace, both in terms of purification performance and in terms of overall cost of use. That said, every generation of Protein A resin results in a lower cost of ownership and improved process economy for monoclonal antibody manufacturers. We believe that customers will find that MabSelect PrismA offers improved overall cost compared to any previous generation Protein A resin.

What do you foresee will be the next steps in this area?

With this new development of Protein A chromatography resins, the technique is on par with other types of resin like ion exchangers and HIC. This puts mAb purification platforms in a good position to handle future developments in upstream technology. However, although mAbs is still the biggest application area and has significant growth, the early clinical pipeline is full of a diversity of different antibody related molecules. Many of them can still take advantage of Protein A, but there are also some molecules that do not have Fc region and do not bind efficiently bind to Protein A. There are already options for purification platforms with Protein L and Protein G, and other types of antibody light chain binders. But I do believe that the coming years will see an evolution of these types of new affinity chromatography resins to enable platform possibilities and simplify process development for the new type of molecules as well.