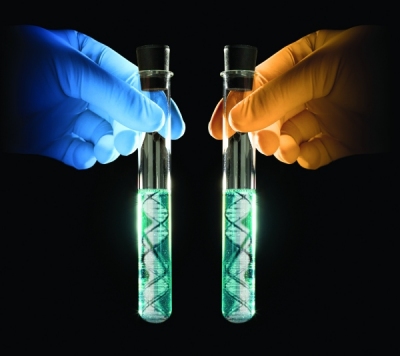 The global market for biosimilar drugs has been forecasted to be $2.445 billion in 2013 according to a report by the British market-research firm, Visiongain (1). The growth corresponds to a 20% increase from last year’s figures and accounts for approximately 2% of the overall biologics market. Although narrowly focused on only a small number of therapy areas at present, the biosimilars market is set to expand over the next decade and beyond as a result of two major factors: the impending patent expiries on blockbuster biologics and the financial environment that is driving payers to push for wider adoption of biosimilars to manage the escalating costs of healthcare. While many companies are keen on getting a share in the biosimilars market, bringing these complex molecules from bench to launch can be a challenge, not just during the development stage but also in terms of the manufacturing process involved.

The complex nature of biosimilars


BioPharm: Why are biosimilars not considered identical to their original biologic products?

Quintiles: Biosimilars are not approved using the same pathway as generic medicines because of the sheer size and complexity of the molecules that make up biological medicines. Generic medicines are copies of relatively small, well-characterized molecules with low molecular weights produced using well-defined processes involving chemical synthesis. As such, the active ingredient of generic copies and the original medicines are for all intents and purposes, identical. In contrast, biosimilar medicines are of very high molecular weight and complex structures depending on the product. Biological molecules are also manufactured by processes involving living organisms, such as genetically engineered bacteria, yeast, or mammalian cells, and although these processes can be well-defined, they are subject to the variability inherent in living systems. The active ingredient for biologics can only be considered similar, not identical.

Proteins produced in different mammalian cell lines, or under different environmental conditions, may be expressed with subtle but important differences with respect to characteristics such as glycosylation. For this reason, biosimilar medicines should never be assumed to be exact copies of the originator molecule. In recognition of this inherent variability, regulators have determined that a unique pathway is required for the testing and registration of biosimilar medicines.

NIBRT: Differences regarding the approval process for small molecules as compared to recombinant protein therapeutics are reflected in the complexity that must be considered when comparing small-molecule APIs with biologics, molecules that are often many orders of magnitude larger. For example, the cholesterol-lowering agent atorva-statin has a chemical formula of C33H35FN2O5 and a molecular weight of 558.64 g/mol. Compare this compound with the monoclonal antibody trastuzumab, which has a reported chemical formula of C6470H10012N1726O2013S42 and a molecular weight of 145531.50 g/mol, approximately 260 times the size of the small molecule API and ultimately more structurally complex.

Because we’re dealing with relatively simple chemical species when we consider small-molecule API generics, the approval process has been tried and tested effectively over recent decades and is now well established. Rather than requiring full clinical trials, generic drug manufacturers are requested to demonstrate pharmaceutical equivalence to show that their medicine contains the same active pharmaceutical ingredient at the same purity and same dose and with the same administration route as the innovator product.

Application of the same approval approach for large biological therapeutics is not so straightforward due to the complexity of these large structurally complicated molecules. Despite advances in analytical chemistry and instrumentation, the direct assessment of comparability from analytical data is limited. Using liquid chromatography-mass spectrometry (LC-MS) methods, we can determine and confirm the primary sequence, the presence and identity of post-translational modifications and perform protein structural analysis using advanced experiments such as hydrogen-deuterium exchange MS. Comparison of analytical data forms the case for proving whether two molecules are structurally similar or not; however, data from cell-based potency and bioequivalence assays will also be required. Ultimately, it will be up to the regulatory agency to decide, based upon the presented evidence, whether a biosimlar candidate is similar enough to be approved.

The inherent analytical complexity arises from the fact that recombinant proteins are expressed in cellular systems under defined bioprocess conditions rather than using stepwise chemical synthesis. The cellular machinery that expresses the recombinant protein is sensitive to the physiochemical environment of the cell, the availability of nutrients, and removal of toxicants and inhibitory compounds. All of these factors can affect the quality and quantity of the expressed protein.

BioPharm: Can you explain the procedures for testing the bioequivalence of biosimilars and how it differs from bioequivalence testing for generic drugs?


Quintiles: The principles of pharmacokinetic bioequivalence testing for proteins are essentially very similar to those for classical medicinal-chemistry small-molecule products and are based on a comparison of peak concentration, time-to-peak concentration, area under the concentration-time curve; however, depending on the mechanism of action of the protein, such a study may need to be done in patients. Although it may be possible to carry out such a study in healthy volunteers, the products are “foreign” proteins that may produce an immune response on repeated administration. In addition, some proteins, for example, monoclonal antibodies, have half-lives of weeks. These proteins would, therefore, require sample collection for many weeks to accurately define the pharmacokinetics and a washout period of some months between treatments with the originator product and biosimilar. Thus, a classical randomized crossover design as used for small molecules is not appropriate on safety and logistics grounds. Such studies, therefore, are most likely to use a parallel-group design, in which each subject only receives one of the products being compared. Such an approach increases the variability and thus, the number of subjects needed to achieve the required power to demonstrate pharmacokinetic bioequivalence.