Enhancement of resin technology can improve the ability of chromatography to purify the growing landscape of increasingly complex biomolecules.

There is ongoing enhancement of downstream chromatography resins as biomanufacturers continue seeking ways to improve product separation and purification. Resins have been seen as one tool that can address the purification needs of new COVID-19 vaccines as well as the existing challenges in the downstream processing of increasingly complex biologic modalities.

What COVID-19 brings to the table

The COVID-19 vaccines comprise several possible and different modalities, such as messenger RNA (mRNA), attenuated viruses, viral vectors, proteins, and virus like particles, notes Henrik Ihre, PhD, director of Strategic Technology Partnerships, Cytiva. Ihre explains that no one unique purification protocol can be applied to all these modalities because the API for each is very different in terms of shape, size, and form. 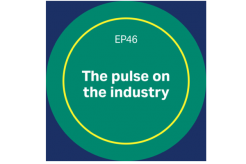 “However, the high-level needs are similar. Each [protocol] needs to achieve high-yielding purification protocols to bring vaccines to the market in short time and in high purity,” Ihre explains. “For some, but not all modalities, platform processes and protocols may be developed enabling a shorter time to market. The mRNA vaccines in particular are still rather new to the market, which is why no such platform processes seem to be in place.”

One common feature of all mRNA-based APIs is the poly(A) tail, which consists of multiple adenosine monophosphates. These tails reversibly bind to a poly(T) ligand that can be immobilized to a solid support, which would enable an affinity-type of purification. “This is why oligo(dT) support is often used in the purification of mRNA-based vaccines,” says Ihre. 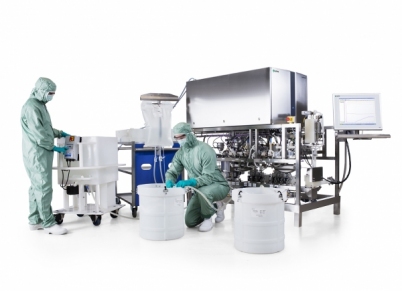 The array of vaccine modalities that have been in development to address the COVID-19 pandemic all rely on different viruses or viral parts as part of their composition. Although recombinant vaccines are manufactured using well-established technology, proven to be both safe and effective, they take longer to develop. DNA or mRNA vaccines, however, use information from the genome of the virus to create a blueprint of select antigens, allowing them to be produced quicker than traditional vaccines, confirms Nandu Deorkar, vice-president of R&D, Biopharma Production, Avantor.

The main critical purification challenge for mRNA-based vaccines, however, is the lack of well-established and cost-effective large-scale process (1). “There are several purification techniques that are in use, such as precipitation, tangential flow filtration, or chromatographic separations. However, precipitation or size-exclusion chromatography (SEC) are not cost-effective when scaled up,” Deorkar says. 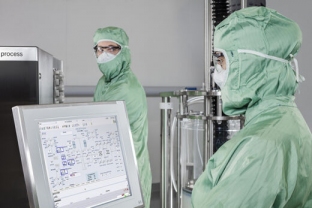 Affinity chromatography resins such as oligo(dT) can be used as a capture step, but these resins are not able to separate single-stranded RNA (ssRNA) from double-stranded RNA (dsRNA), and they have a low binding capacity (1,2). Deorkar notes that hydrophobic interaction chromatography (HIC) and anion exchange (AEX) chromatography can be used, but careful optimization of conditions is required to be applicable for large-scale production (1,2). “Additionally, these HIC and AEX resins are known to foul when used as a capture step, and alkaline stability of resins should be considered, such as resins based on polymethacrylate (e.g., Bakerbond Hipropyl or Bakerbond PolyQUAT),” Deorkar states.

Beyond vaccines, biotherapeutic development is seeing the emergence of a variety of other complex modalities, such as bispecific antibodies and protein fragments in addition to nucleic-acid-base APIs.

In general, the inherent physical and chemical complexity of biologic modalities increases the diversity of production conditions and increases the difficulty of purification processes, Deorkar says. There are, however, similarities in certain classes of biologics, such as monoclonal antibodies. “Because traditional monoclonal immunoglobulin G (IgG) products share a similar structural and chemical motif, a platform purification approach can be utilized in the development and production of this class of proteins. Protein A affinity chromatography provided one simple capture step that made screening of clones faster and purification process development simpler,” he states.

Deorkar also explains that plasmid DNA (pDNA) and recombinant adeno-associated viruses (rAAvs) are two other classes of biologic molecules that are of high interest for the biopharmaceutical industry but that also face many purification challenges. “For example, the large size of pDNA decreases the capacity of AEX resins due to less accessibility to the pores. In addition, critical impurities, such as open circular pDNA, genomic DNA and high molecular weight RNA have similar properties making the separation of these impurities more difficult (3),” he says.

“Although the purification challenges for each modality are different, all downstream processes have the common goal of increasing yields with process efficiency in a cost-effective way while ensuring the final product meets purity standards. Chromatography is often the mainstream purification process where those goals can be achieved through optimization,” Deorkar says.

“The key challenge for any process developer working on a downstream process is to develop a robust, scalable, and cost-efficient process to get to market in a short time,” adds Ihre. For more mature modalities (e.g., mAbs), decades of process development have resulted in more or less “plug and play” solutions based on Protein A chromatography as the key enabler.

For newer and more complex modalities lacking unique binding regions, Ihre notes that new protocols often need to be developed, and, sometimes, new resins need to be invented to meet the downstream purification goals. “To develop a completely new process—perhaps also based on new resin for a new API—is a time-consuming process delaying the ‘time to market’ aspect,” Ihre says. “There needs to be a balance between solving the downstream purification needs ‘good enough’ with existing resins and processes, as compared to developing new and more tailored resins and processes that may allow for novel and beneficial platform protocols.”

For the past decade much of the focus in bioprocessing has been on process intensification—meaning the development of new resins that have allowed for higher productivities and that enable improved process economy and increased resin lifetime, says Ihre. “This has especially been true for the success of mAbs. Now, we start to see a new landscape based on a variety of new modalities such as viral vectors, mRNA, pDNA, cell and gene therapy, and oligos,” he adds.

Ihre notes that a common feature of some of these new modalities lays in the fact that they are very large in terms of hydrodynamic volume. This results in lower capacities if the molecules cannot access the inner porous structure of the resin, which often is the case, he states. Ihre suggests that for such target molecules, a more open pore structure, such as that seen in fiber-based devices, may allow for high binding capacities and productivity gains. “In studies of plasmid purification processes, it was shown that the productivity could be increased more than tenfold from a fiber-based device, as compared to a conventional bead modified with the same ligand,” Ihre says.

Many downstream solutions can be identified in chromatography steps due to the step’s selectivity, versatility, scalability, and cost-effectiveness compared to other steps, says Deorkar. The challenge of pDNA being a large size molecule, for instance, inhibits its ability to diffuse into the pores of the resin (3), so addressing this challenge through optimizing the pore size of the resin will increase the accessibility of the pDNA, which can thus result in higher dynamic binding capacities and increased production efficiency, Deorkar explains.

If the target molecule can enter the porous structure of the resin and bind to an existing ligand, then the conventional based chromatography process may still be the best alternative from a “time to market” and a process economy perspective, says Ihre. He points out that there is currently a large toolbox of commercially available resins to choose from, all compatible with other downstream hardware purification processes.

“These resins offer a broad range of bead and pore sizes as well as choices of ligand types and ligand densities; therefore, the likelihood of developing a robust, scalable, and highly productive process is very good. However, for truly large target molecules or challenging feed streams, other purification methods may offer more competitive solutions,” Ihre explains.

“Another challenge in purifying pDNA is its intrinsic highly negative charge which is also shared by other impurities such as RNA, thus making the separation of those contaminants difficult using traditional anion exchange resins. In such cases, use of multimode AEX resins (e.g., Bakerbond PolyQUAT) can increase selectivity of pDNA over the impurities,” Deorkar adds.

Deorkar also points out that capacity challenges exist for the purification of mRNA, where dynamic binding capacities of reverse phase (RP) and AEX resins are extremely low. Because of this, large amounts of material are required for purifying the desired quantity of in-vitro transcription product. “Resins with higher binding capacities can address those challenges of the current process inefficiencies observed in mRNA purifications,” Deorkar states.

Chromatography, a well-established technique, shows excellent repeatability and scalability, and the resins used in the chromatography process provide an effective and efficient method for purifying most biological molecules. Meanwhile, precipitation, digestion, ultra or microfiltration, and membrane capture can all be used at the lab scale to efficiently test small-scale samples, notes Deorkar. However, scale up of these methods can be challenging due to process efficiency and reproducibility.

The most common large-scale process for purification of mRNA, for example, is affinity chromatography followed by ion exchange (IEX) or reverse phase (RP) chromatography (1). In lab-scale processing, lithium chloride precipitation may work well, but scalability of such a process is poor, Deorkar states. Affinity chromatography, such as oligodT is commonly used for a capture step, and removal of dsRNA can be achieved by RP or IEX resin steps. “Conversely, with production, other methods, such as membranes and monoliths, have been investigated. Although these methods show great promise, further development is still required,” Deorkar says.

“Traditionally for all biologics, a multistep approach using two or three unique chromatography resins enables purification of these biomolecules. Resins have been shown to be effective and efficient for the separation of these molecules over other methods,” Deorkar adds.

“Often the same process goals can be met based on different purification technologies and what is most practical may depend on what is commercially available and what the specific company is used to for other or similar processes,” Ihre includes.

Chromatography resins will continue to be instrumental in the purification of biologic molecules, says Deorkar; however, improvements will need to be made to better serve the industry, especially for the purification of pDNA, RNA, and viral vectors. “As upstream processing continues to increase titers of these biologic molecules, improving on current chromatography resins to increase the dynamic binding capacity while enhancing separation to remove process-related impurities will be critical for manufacturing of these biologic therapeutics,” he concludes.

“A chromatography resin consists of a ligand coupled to porous base matrix. The key design parameters for the porous bead are the construction material, bead, and pore size, whereas the key design parameters for the ligand is the nature of the ligand and immobilized ligand density on the porous bead,” explains Ihre. He says that the types of porous beads, with their variety of construction materials, bead, and pore sizes, are rather well-advanced in meeting key market needs. New base matrix designs could be seen as fine-tuned versions optimized for certain application areas.

“Going forward, the key field of innovation around novel resins may rather be on the ligand design side. If cost-efficient affinity ligands and resins can be developed on short timelines addressing new molecules, it is likely that affinity chromatography will gain even further market share based on its ability to achieve high purity and recovery in just one step,” Ihre says. Another possible game changer, he notes, would be if a universal tag system were developed and approved for large-scale downstream processing, and not only for small scale or academic applications, which is the case today, he says.

Feliza Mirasol is the science editor for BioPharm International.