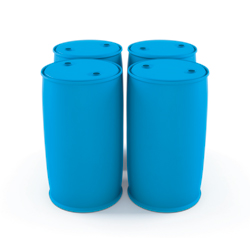 Contamination with microbes, mycoplasma, viruses, and other adventitious agents can be a significant problem in biopharmaceutical manufacturing. Although contamination can occur from the cell culture itself or from labware and the laboratory environment, raw materials are the most significant source of contamination, which can lead to false research results and a serious health risk to patients receiving the product.

Contamination of biologic drugs and vaccines by adventitious agents is extremely rare. However, when contamination incidents do occur, they can be costly in terms of time and resources.

In 2010, Eric Delwart, PhD, researcher and adjunct professor of laboratory medicine in the Blood Systems Research Institute at the University of California San Francisco, tested eight viral vaccines using polymerase chain reaction (PCR) and DNA sequencing, and found that three of the vaccines contained unexpected viral sequences. (4) One affected vaccine was Rotarix, a rotavirus vaccine manufactured by GlaxoSmithKline. Porcine circovirus was detected in the vaccine, a discovery that led to a halt in the use of Rotarix, which is given to babies at two, four, and six months of age. The contamination traced back to the use of raw materials originating from animals in the production of the vaccine, and highlighted the need for better procedures to eliminate viral contamination and for better tests to detect adventitious agents.

Protocols for control of contamination in raw materials rely on cleaning and decontamination procedures combined with rigorous testing. These procedures are effective for most agents, but some organisms, particularly viruses and prions, have evaded standard prevention and testing methods. New technologies in biosafety testing target those previously undetectable contaminants.

Raw materials can be contaminated with a variety of adventitious agents. Those include bacteria, yeast, molds, viruses, and sometimes prions.

Mycoplasmas are the smallest of free-living organisms, and are frequent contaminants of mammalian cell cultures. They can alter the metabolism and properties of cells and change product yield, cause false assay results, and generally wreak havoc in the culture.

Viruses are some of the simplest of all organisms. They are very small and are generally comprised of a small amount of DNA or RNA surrounded by a lipid envelope. They rely on the host for reproduction, and sometimes incorporate their genetic material into the host cell’s genome. Viral contamination is generally the greatest contamination risk because of the ability of viruses to evade detection and cause silent infections in cell cultures. There is no universal, one-size-fits-all method for treating materials that will eliminate all viruses.

The most common type of contamination incident happens when a media component is contaminated. For example, bovine serum can be contaminated with reovirus, epizootic hemorrhagic disease virus, Cache valley virus, or Vesivirus 2117. Porcine circovirus is sometimes found in porcine trypsin. Minute virus of mice (MVM) is a common source of raw material contamination of various media components due to infestations of mice in facilities where products are manufactured. (2,3)

Global regulations, including those from the United States Department of Agriculture, the European Medicines Agency, and the FDA’s Center for Biologics Evaluation and Research (CBER) set standards for minimizing viral contamination, particularly spongiform encephalopathies. (1)

Standard procedures for inactivation of adventitious agents include the use of heat, filtration, pH, and gamma irradiation. Thorough cleaning of equipment, testing, and review of material sources are also important steps to take. Bovine serum, for example, should be sourced from a country with a negligible risk of bovine spongiform encephalopathy. Animals should be less than 30 months old, designated for human consumption, and test free of all forms of transmissible spongiform encephalopathy. And there should be a quality assurance system in place with a system for delineation of specific batches. The supplier should have a regular audit routine. (2)

It is impractical to test all raw materials for every possible adventitious agent. Two testing approaches may be used to screen materials for most types of viruses and other contaminants. One is based on identifying the characteristics of the contaminant, such as cytopathic effects of viruses. Another option is to test using immunoassays or PCR for a panel of viral antigens or sequences.

Archie Lovatt, biosafety scientific director of SGS Vitrology, advocates an active risk mitigation strategy incorporating multiple strategies and approaches for managing contamination risk. “Essentially, it’s about knowing your manufacturing process, knowing your raw materials, and going deep. Understand exactly what the risks are, then try and mitigate the risk,” Lovatt says. That would include preliminary testing of materials and process monitoring. “If there is a contamination, you catch it early—before you send the batch for purification.”

Negative test results do not guarantee that there is no contaminant in the material, according to Mark Plavsic, chief technology officer of Lysogene. “Assuming that all sourcing of raw materials has taken place in a controlled manner, assuming the components are well selected and examined, assuming that all of the testing has been done by the letter of the law, what is left is treatment for viral inactivation and removal. Not every company is doing this. Not every supplier is doing this,” says Plavsic.

Ray Nims, a consultant at RMC Pharma, advocates a multi-pronged mitigation strategy. Nims explains, “Where testing fails is this. You typically test one bottle. And out of the bottle, you test a small amount, maybe 100 mLs. These lots of serum can be 3000–5000 bottles, so the serum company may test from one or two bottles. The company procuring the serum typically will test 100 mL from another bottle. If the testing passes, the lot is declared released and then used. The assumption that if you tested it clean the entire lot is clean fails sometimes.”

Barrier technologies complement testing. The most common barrier disinfection method is gamma irradiation, according to Nims. Gamma irradiation is standard for manufacturers of bovine serum, however, it’s not normally an option for other raw materials such as media. Two alternatives are an in-line treatment called high-temperature short-time processing (HTST) and ultraviolet irradiation, a technology that has a great deal of potential applicability, but is has not yet been taken up by the industry.

Ultraviolet disinfection is a powerful technique for neutralizing living microorganisms. Exposure to the UV light causes the formation of dimers between neighboring nucleic acids in the genome, which prevents the organism from reproducing. Ultraviolet (UV) disinfection is commonly used to treat waste water and drinking water in the United States. It has only been used by a few pharmaceutical production facilities as yet, according to Michael Sasges, a research engineer at Trojan Technologies. “It’s a conservative and highly regulated industry,” says Sasges. UV disinfection has some support from the EMA, which recommends it as one of two complementary virus reduction steps.

According to Sasges, combining inline UV disinfection with other barrier methods for preventing contamination, like filtration, gives you a “belt and suspenders” approach that would be more effective than either method alone.

Non-animal-based materials may not be the solution

There is a trend in the industry away from animal-based sources of raw materials. Use of serum-free media can instantly eliminate the most common contaminants, including virus risk and most mycoplasma risk. Animal serums are considered rather old-fashioned in the production of biological drugs and vaccines. Most processes can be adapted to use serum-free media. However, many legacy processes currently still make use of animal-derived materials, particularly fetal bovine serum.

Non-animal-based sources are not a panacea. Sasges points out the plants are not sterile, either, due to exposure to soil, animals such as field mice, bird feces, human contact, and other environmental sources of contamination. Sasges says simply using serum-free media will not eliminate the problem. “If you’ve got people involved, there are plenty of viruses and bacteria. That’s opportunity for contamination.”

Adam Elhofy is chief scientific officer at Essential Pharmaceuticals, which manufactures an animal-free media supplement for cell culture called Cell-Ess. He points out that reliance on Chinese hamster ovary (CHO) and other non-human cells is more of a problem. “Cross-species contamination for a virus is fairly low,” Elhofy said. “There’s still the risk. The problem is people are using cells that are not human cells. Those cells can be infected by animal origin viruses.”

Strategies for preventing contamination include upfront testing of materials, barrier disinfection methods, and adhering to best practices in processing and sanitation. Avoidance of animal-based raw materials eliminates the most common and problematic sources of contamination, as well as careful sourcing of any materials used. Contamination risk can never be fully eliminated, but with vigilance, it can be minimized.