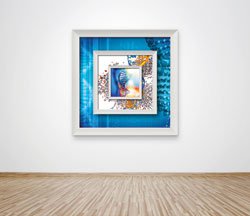 The US biopharmaceutical industry turned a new page in 2015 when FDA approved Zarxio (filgrastim-sndz), the first biosimilar approved for use in US markets, in March 2015. Biotechnology stocks continued to outperform the Standards & Poor’s 500 Index and NASDAQ Composite Index. Venture capital investment and initial public offerings were also near record levels (1). If the introduction of generic alternatives is a sign of maturity in the biologic-based drug segment, the biopharma companies may want to examine lessons learned by small-molecule based pharma companies as the market transitions.

In the past 20 years, biopharma companies enjoyed success as blockbuster drugs dominated the market, made adjustments as the patent cliff approached, and in some cases, abandoned existing R&D programs to seek alternate, more profitable routes. Counterfeit drugs and drug shortages disrupted the delivery of safe, effective therapies to patients. Oversized, inefficient research, development, and manufacturing engines were downsized, or transferred to outsourcing providers.
In 2015, FDA’s Center for Drug Evaluation and Research (CDER) approved 45 new molecular entity and new biologic license application approvals (2), the second highest annual total. The Center for Biologics Evaluation and Research (CBER) approved more than a dozen new biologics, vaccines, blood products, and diagnostics. These numbers, and types of drugs approved, indicate that the drug-development market may be headed in a new direction, raising questions about the ability of the current R&D and manufacturing infrastructure to adapt to the changing market. While approvals are up, FDA cautions that the number of new drug applications has been flat, indicating the potential of a slowdown ahead.

Breakthroughs, biosimilars, and bottlenecks
Many of the new molecular entities—41% of the approvals in 2014 and 47% of the approvals in 2015—were for rare diseases that target smaller patient populations and, therefore, require smaller quantities of drug doses required compared to blockbuster drugs. This shift in production requirements--combined with lower profit margins for former blockbuster brand drugs now prescribed as lower-cost generic drugs--has implications for drug development and manufacturing processes.

A market research study estimates that the global biosimilars/follow-on-biologics market will be $26.5 billion by 2020, up from $2.55 billion in 2014. Although the compound annual growth rate is expected to be of 49.5% from 2015 to 2020, the growth is slower than anticipated due to a lack of regulatory guidelines in China and the United States and a lack of economies of scale for small-scale manufacturers (3).
FDA’s expedited pathways for drug approval have proved successful; 60% of the 2015 approvals were designated in one or more of the expedited pathways (fast track, breakthrough, priority review, and accelerated approval). While this faster route to market of needed therapies is good news, FDA’s inspection process, and the inability of drug manufacturers to accelerate production timeframes, are potential roadblocks. John Jenkins, director of CDER’s Office on New Drugs, reported at the FDA/CMS Summit in December 2015 that manufacturing and inspections—not clinical development—are often the “rate-limited steps” for expedited approval.

Investing in infrastructure
Attractive credit terms in recent years prompted some biopharma manufacturers to invest in facilities and equipment. Encouraging companies to make capital improvements to avoid future quality and manufacturing problems, however, can be a tough financial and regulatory argument. In a 2015 survey of 100 executives from top biopharma companies (4), less than half said they planned to increase investments in late-stage R&D. Instead, marketing/distribution (79%), drug discovery/early-stage R&D (70%), clinical trials (60%), technology acquisition (59%), and patenting (50%) were higher investment priorities.

To encourage manufacturers to adopt new production technologies, FDA issued a draft guidance document (5) in December 2015 that provides a framework for drug manufacturers and FDA to discuss manufacturing design and development issues early in the process. The goal is to educate FDA staff about the new technologies in advance of chemistry, manufacturing, and controls (CMC) submission, thereby expediting the approval process.

Quality warning signs
FDA plans to use quality metrics to develop risk-based inspection scheduling of drug manufacturers; to improve its ability to predict and mitigate drug shortages; and “encourage the pharmaceutical industry to implement state-of-the-art, innovative quality management systems for pharmaceutical manufacturing” (6). Industry feedback to the draft guidance reflected concerns about how FDA will use the reported data to guide further regulatory action, what players in the supply chain were responsible for reporting to FDA, how the data would be interpreted to assess overall product quality, and factors used to determine the success of a quality program. A key issue was the perceived burden and additional resources needed to perform quality testing.

The mergers, acquisitions and collaborations picture
In 2015, biopharma companies and contact service organizations actively repositioned their business profiles though mergers, acquisitions, and collaboration agreements, as well as divestitures of specific product lines or business units. Senior executives of large biotechnology and pharmaceutical companies surveyed by ReedSmith (3) plan to stay on the investment track; 94% plan to initiate an acquisition during the next 12 months; more than one-third plan to divest assets. The search for external opportunities was a priority; more than half of the respondents said they are planning peer-to-peer research partnerships; 85% report that they plan to hire a contract research organization.

Right-sizing R&D efforts for improved returns
For the past six years, Deloitte and GlobalData analysts examined R&D results for the top 12 publicly held, research-based life-science companies (measured by R&D spending in 2008-2009); in 2015, four mid- to large-cap companies were added to the study. Analysis of the pharma industry’s performance in generating return on investment in new drug development revealed a continuing pattern of declining returns, from 10.1% in 2010 to 4.2% in 2015. While the cost to develop an asset increased 33%, from $1.188 billion in 2010 to $1.576 billion in 2015, the average peak sales per asset dropped 50%, from $816 million in 2010 to $416 million in 2015. The numbers, the report authors say, “do not add up for life-sciences R&D to generate an appropriate return” (7).

There was some good news; the mid- to large-cap companies outperformed the top 12 publicly held companies, indicating that different R&D business models could produce better results.

Despite the decline in return on investment, the companies in the study continued to increase investment in R&D as a proportion of cash generated, from 25.5% in 2004 to 29.4% in 2014. Investors, however, seek returns. Companies are more likely to return cash to shareholders via dividends and share buybacks than they are to invest in acquisitions, product licenses, and internal R&D, the study concludes.

At larger R&D companies, legacy infrastructure, which may be difficult to improve, and excess overhead are major contributors to R&D costs. The smaller companies in the study did not have the large infrastructure, but risk becoming too complex and lose their R&D productivity advantage as they grow. Both groups must challenge additional investments at each phase and evaluate returns for each asset, the study reports.

The authors suggest that focusing R&D efforts on stable therapy areas and specialty therapeutics will add to scientific, regulatory, and commercial value propositions. Agility, flexibility, and a focus on science will allow external sources of innovation to be optimized. Reducing development complexity by streamlining functions and addressing unproductive infrastructure can improve returns.

The view from the biopharma trenches
The big decisions about company acquisitions, mergers, and business development may be made in the boardrooms of bio/pharma companies, but the frontline professionals--those involved in formulation, development, and manufacturing functions--can offer interesting observations about the impact those business strategies have on the day-to-day tasks of bringing a drug to market.

More than 450 biopharma professionals from around the world participated in the 2015 BioPharm International annual employment survey (8). Respondents expressed opinions about job security (74.6% feel secure in their current position), seeking new opportunities (59.2% would like to leave their job), and increasing dissatisfaction with salary levels. The respondents also expressed opinions about trends in the industry, how changes impact their daily work, and future business prospects.

Almost 40% of those responded said business at their company increased in 2015, similar to data reported in the previous two years; 27.5% reported downsizing. One-quarter of the respondents reported that their company had been through a merger or acquisition in the past two years, down slightly from the 2014 survey.

Overall, respondents expressed a positive outlook for the bio/pharmaceutical industry for the next year; however, fewer respondents said business would improve (55.4% in 2015 compared with 62.2% in 2014). When looking at a longer-term horizon (five years), nearly two-thirds of respondents (65.4%) predicted that business will improve; however, 13.5% expect business to improve overseas, but not domestically. More than half of the respondents (52%) predicted that their company’s business will improve in 2016; more than one-third (34%) expected no significant change.

Framing the 2016 agenda
Early indications are for mergers and acquisitions activity to continue in 2016, and prospects for new drug approvals also are strong. FDA has a busy agenda of legislative approvals ahead, complicated by an election year. Among these distractions, the industry must drive ahead to seek shareholder value and affordable, effective patient therapies on the same route.