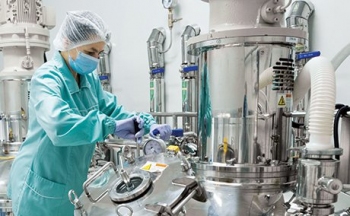 As the biopharmaceutical industry matures, manufacturers continue to embrace automation and more modern approaches to process design, development, and control. The reality, however, is that working with biologics is several orders of magnitude more complicated than it is for small molecules.

Proteins are subject to problems during post-translational modification (PTM), and may also degrade during storage. Problems can result when changes are made to manufacturing processes. Complexity—in particular, determining which product attributes are most crucial to product quality and patient safety—makes it challenging to apply quality-by-design (QbD) methods and process analytical technology (PAT) underpinnings to biopharmaceutical development and manufacturing. As Jose Menezes, CEO of 4Tune Engineering, pointed out in a white paper (1), biologics can have a million times more critical quality attributes (CQAs) than small molecules, and many more of them are clinically relevant than is the case for small molecules.

In addition, he wrote, a list of clinical CQAs for new biologics doesn’t exist, and manufacturers typically have to wait until after a product has been commercialized to examine immunogenicity and adverse effects. Biopharmaceutical manufacturers thus face a huge hurdle in bringing more advanced manufacturing and process control methods to the manufacture of cell and gene therapies. “New approaches will be needed to connect manufacturing and quality operations more closely to patient outcomes and predictive clinical outcomes,” says Menezes.

As work continues to extend best practices to innovative therapies, manufacturers are collaborating to bring greater understanding to existing biopharmaceuticals and their manufacturing. This article summarizes some of this work, and touches on some advances that have been made in traditional laboratory testing for CQAs.

Conventionally, methods that include peptide mapping, N-glycan analysis, capillary electrophoresis (CE), ion exchange chromatography, reversed-phase ultra-high-performance liquid chromatography (RP–UHPLC), and normal phase (NP) or hydrophilic interaction chromatography (HIC), are used to analyze CQAs and detect impurities that are introduced by deamidation, isomerization, oxidation, and glycosylation, during biopharmaceutical manufacturing. Technology vendors have made improvements to these methods that reduce the time and complexity of sampling and analyzing results (2). However, the industry is also exploring new approaches that would move testing and monitoring of CQAs out of the lab.

Members of the group have refined a list of priority CQAs and required tests, and will soon be publishing a white paper summarizing what they have learned so far. Michalle Adkins, director of life sciences consulting at Emerson Process Management, discussed the group’s progress at INTERPHEX on April 2, 2019 (3).

As she noted, biopharmaceutical manufacturers need to move from offline to real-time testing, to reduce the complexity of multiple measurements and make quality control (QC) testing as noninvasive with as few connections as possible. The ultimate goal, she said, “is to push [QC] testing to the manufacturing floor.”

The working group has developed a list of CQAs and in-process controls for a monoclonal antibody (mAb) process, assuming use of a batch or fed-batch process, but in a way that would allow the basic principles to be extended to semi-continuous and continuous operation, Adkins explained at INTERPHEX.

Studies and rankings showed that aggregation and Protein A fragmentation were crucial CQAs, Adkins said. Upstream, the most important CQAs include glucose concentration and cell mobility; downstream, they include turbidity, pH, and conductivity. In addition, virus, microbe, and endotoxin monitoring and control continue to be crucial to assure product and patient safety, she said.

In attempting to determine the most important CQAs, the group considered the type of testing that is done now (i.e., whether at-line, offsite, or in-line); whether the process has an in-process test or control; the approach used for release testing; and the approach take to continuous process verification. They then prioritized attributes based on their importance, and found the following to be key:


Attendees within the audience informally commented that aggregation is their top challenge. As Matthew Brown, PhD, product technical specialist, Life Sciences for Malvern Instruments explained in a BioPharm International article (4), protein aggregation can result from sample treatments, including the addition of chemicals, incorrect reconstitution of lyophilized materials, or from the stress during manufacturing, freeze/thaw cycles, and prolonged storage. The greatest risks stemming from aggregation are the potential loss of efficacy and immunogenicity in the product.

Not surprisingly, BioPhorum found that aggregation is among the top concerns, along with glucose concentration and amino acids, and these three CQAs will receive initial focus in the group’s initial research reports. The group is also using return on investment analysis as well as internal rate of return, payback, and net present value to assess the business case for inline testing and RTR.

Among other questions that this effort aims to address are whether a new analytical method is needed or whether existing methods (mainly spectral measurement approaches) simply need to be improved and where measurements should take place. “We will also need to share challenge data with suppliers,” Adkins noted.

In the end, the business case for in-line testing and RTR will depend on the individual facility’s requirements, a cost vs benefits analysis, and operating costs, Adkins said. So far, however, research has found that full-out production mode offers a better business case for embracing RTR, as does the potential for using a validated approach for another new product if yield and productivity improve. Adkins believes the new approach will improve product yields and eliminate the need for sampling, sample management, storage, and investigations, which rely heavily on manual sampling and are subject to human error. Additional benefits will be providing a way to upskill the workforce and to focus on regulatory concerns, such as model validation and change management. Results and the white paper are due to be released later this year.

In the meantime, traditional laboratory methods have also been improving to reduce the time required to test for PTMs and process impurities. Many of these methods work in conjunction with mass spectroscopy. Among the most widely used methods are peptide mapping, which can identify and quantify critical PTMs; size-exclusion chromatography, which can help determine the degree of aggregation, and N-glycan analysis using fluorescent labels, which can be used to detect the effects of glycosylation on pharmacokinetics and immunogenicity. In some cases, new approaches to sample preparation have reduced the time required from a full day down to about two hours, according to Christopher Colangelo, Biopharmaceutical business leader with Agilent, who spoke on a BioPharm International-and LCGC-sponsored webcast on April 24, 2019 (5).

Within the past few years, the multiple attribute method, which combines peptide mapping with mass spec and sophisticated data analysis, has emerged as a way to monitor CQAs during development. The technique came about as scientists at Amgen, driven by senior management’s desire for greater efficiency, began to work on ways to improve quality control (QC) testing of biopharmaceuticals. The project was originally dubbed “Mass Spectroscopy [MS] in QC” because its original goal was to replace some of the current QC release methods with a mass spec-based method, said Richard Rogers, one of the co-developers of the method in a recent BioPharm International interview (6). After the concept was proven to work for QC, MAM was soon put into product development.

As Rogers explained, peptide mapping had been widely used for years. The technique involves digesting a test sample and using an algorithm to identify PTMs that have occurred, then comparing modified peptides with original ones.

With MAM, the mass spectrometer records full scan data. In order to provide the purity component found in methods such as CE and cationic exchange chromatography, MAM incorporated a new peak detection feature, Rogers explained, so that differential analysis could be run between a reference standard injection and each test sample. Instead of interpreting results of electrophoresis or an ultraviolent chromatogram, software could be used to identify differences between test sample and reference standard, Rogers said.

The result has been significant time savings. Instead of having to run a series of four tests in order to release a biopharmaceutical (e.g., a release glycan map, identity test, charge variant test, and clip test, and the qualification and validation required to take the molecule into QC), MAM uses one digested sample to get site specific information for where the protein is being modified where it is degrading.

A consortium has been established to help the industry better leverage MAM for product characterization as well as product release from QC, said Rogers, noting that it currently has more than 220 individual members and more than 70 company members, ranging from FDA and the National Institute of Science and Technology, to biopharma companies, software vendors, analytical vendors, reagent vendors, and contract development and manufacturing organizations. Following Amgen’s lead, some companies have begun to use MAM formally in QC and R&D. FDA staffers recently visited Amgen’s MAM installations, Rogers said.