Chinese healthcare reforms may be a double-edged sword for foreign companies. 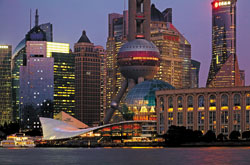 On March 25, 2014, the Chinese government announced a string of initiatives in a continued move to overhaul the healthcare system in the country. These initiatives include expansion of public healthcare services, lifting the restrictions of foreign investments in mainland China, and extending healthcare to rural areas. This move is in line with China’s Opinions on Deepening Pharmaceutical and Healthcare System Reform, whereby the government committed $138 billion between 2009 and 2011. After the plan’s implementation in March 2009, the number of urban and rural residents covered by the basic medical insurance scheme reached 1.26 billion in 2010. The government also kick-started public hospital reform to come up with a mechanism to segregate hospital management and operations, as well as the duties between drug prescriber and dispenser in 16 pilot cities. In another significant reform, the government announced the price reduction of 82 drugs by 14% on Sept. 1, 2011 (1).


An appealing market
The Chinese market is attractive to foreign investors for many reasons. It is the world’s third largest market for pharmaceuticals with annual sale of US$71 billion. In fact, it is poised to become the second largest market in 2015 given that its annual growth rate of sales is between 15 and 20%, according to Yanzhong Huang, a senior fellow of global health at the Council on Foreign Relations.

A McKinsey report states that healthcare spending is expected to nearly triple from $357 million in 2011 to $1 trillion by 2020 (2). The Economist Intelligence Unit (EIU) projects that China’s population will be the largest in the world with 1.36 billion people by 2016. The senior population (65 years and older) is expected to rise to 9.7% from 8.4% in 2011, which in turn translates to higher demand for healthcare services.

Given these encouraging facts, big pharmaceutical companies such as Bayer Healthcare and Nova Nordisk consider the Chinese market as one of the top three markets in terms of total revenue contribution. Baxter International has also made the move to relocate its Asia Pacific headquarters to Shanghai.

Challenges abound
As China’s healthcare reform program enters its second phase, foreign players are now given more room to take advantage of this opportunity. The State Council has announced that it will give allowance on foreign investments in medical joint ventures and collaborations. The number of locations will be increased so that Hong Kong, Taiwan, and Macau investors can set up wholly-owned medical centers. Overseas investors can form their establishments in areas such as the Shanghai free trade zone. Healthcare providers such as Singapore-based Raffles Medical Group and US-based Chindex International have started operations in China.

Investors, however, have a string of issues to contend with. The government’s announcement of extending healthcare coverage to rural areas may represent new export markets for foreign firms, but the former’s intention to keep drug prices low is a risk for them as well.

Recently, the government initiated an anti-corruption campaign against work practices by foreign companies. GlaxoSmithKline has been accused of corruption, and many other companies such as Sanofi and Baxter are under China’s Food and Drug Administration’s watchful radar.

Dr Neil Wang, global partner and managing director (China) of Frost & Sullivan says, “The anti-corruption investigations in the healthcare sector serve the reform goal to rein in costs of drugs and healthcare products. The damage to reputation and the business disruption caused by bribery investigations would drag on growth of pharmaceutical companies’ sales. Furthermore, a criminal bribery conviction could lead to debarment from government contracting, which could put some healthcare companies out of business.”


Opportunities in adversity
Given the operating environment, foreign companies can look into gaining a foothold via acquisition in a bid to improve operational capabilities and cost effectiveness. Sanofi’s move to acquire BMP Sunstone Corporation in October 2010, for example, has made the former a leading consumer healthcare company in China because of the joint venture between BMP Sunstone and Minsheng Pharmaceutical. Companies can also explore the option of collaborating with partners in China or teaming with local biotech companies and research institutes.

In addition, opportunities can be found in the generic-drug and over-the-counter (OTC) markets. The country’s OTC and generic-drug markets are projected to leap from US$23 billion in 2010 to more than US$369 billion by 2020, says Benjamin Shobert, managing director of Rubicon Strategy and senior associate of the National Bureau of Asian Research.

The Chinese market will continue to favor generic drugs to keep healthcare expenditures in check. Also limiting the possibility of launching domestic patented drugs in the near future and the wave of patented drug expirations serve to strengthen the generic-drug market. The OTC market registers an encouraging approximate 17% per annum according to China OTC Association. China is expected to be the world’s largest OTC market by 2020, observers at Episcom say.

The biotechnology sector is another key development that companies can look to explore. The Chinese government has invested $1.6 billion to support major new drug innovations from 2011 to 2015, focusing mainly on genetic drugs, protein drugs, monoclonal antibody clone drugs, therapeutic vaccines, and small-molecule drugs.