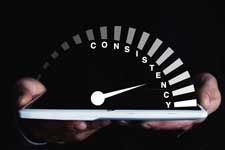 Better understanding and control of cell behavior is yielding benefits, upstream and beyond.

In the earliest days of biotech, developers often struggled to sustain conditions that would optimize cell health and product yield. Today, better understanding of cells and how they interact with their environment has enabled improvements in most aspects of upstream processing, from bioreactor design and media development to process control, automation, and modeling.

Some of the most significant gains have been made in cell line expression, advanced sensors, and automation, says Atul Mohindra, R&D director for biomanufacturing at Lonza Pharma and Biotech. “Using automation, process analytical technologies (PAT), and advanced multivariate analysis has enabled the industry to control process performance and product quality more closely than ever before,” he adds.

The end result will be lower capital investment costs, more efficient and flexible operations, and higher yields in less time and space, says Verlenden. Currently, he says, 50–60% of biopharmaceutical developers and manufacturers have either implemented or are considering use of perfusion for seed train or production bioreactor steps. Used with high cell density cryopreservation, perfusion in N-1 and N-2 bioreactors can reduce the cost of goods by 13.5%, shortening run times and increasing production bioreactor titers, he says.

Improvements and standardization of media have also led to upstream improvements and higher yields. “We’ve consistently been seeing titers in the range of 4–6 g/L in [monoclonal antibody] mAb fed-batch processing within a chemically defined media environment. This environment, in turn, results in more consistent drug product with an improved safety profile,” says Verlenden. Single-use bioreactors at commercial scale (i.e., 2000 L) have become standard, he notes.

Efforts have been underway for a few years to better integrate upstream and downstream operations to further reduce the overall cost of goods, says Alex Chatel, product manager at Univercells. Some observers credit this trend to increased use of the quality target product profile concept for integrated process design. Some of the latest biopharmaceutical manufacturing facility designs have cell culture and some purification unit operations take place in one location, notes Mohindra.

At the same time, the industry is embracing digitalization, notes Vermunt. “New ecosystems for data aggregation, data evaluation, and modeling have been created and leveraged and the bioreactor has been a focus for digital twin efforts,” she says.

Projects underway at various manufacturers and technology vendors suggest where upstream manufacturing is heading. One showcase will be Amgen’s facility in West Greenwich, RI, construction of which is expected to be completed in 2020 (1). Leveraging PAT and sensor technology, it will feature a modular design and use portable 2000-L bioreactors and vessels and single-use bioreactors.

At the contract development and manufacturing organization Lonza, at-line and on-line sensors have improved control of critical quality attributes, says Mohindra. The company is using in-line sensors and Raman spectroscopy to enable precise measurement of viable cell concentration and individual cell metabolites such as glucose and lactate, he explains. Using real-time data from these sensors has improved decision making, while automating data transcription between systems has minimized risk. Lonza is also moving to the use of electronic batch records to pull information from various systems and build a fully integrated, transparent manufacturing network, says Mohindra.

Other efforts focus on process intensification, he says, particularly at the inoculum stage. Over the past three years, Mohindra adds, Lonza has significantly improved host cell expression levels along with its understanding of the design space and interactions between cells, media components, and raw materials. “This understanding is what enables development of new engineering solutions improving speed, cost, and quality,” he says.

Bioreactor improvements have been key for most technology providers. GE Healthcare’s life-sciences division, for instance, has updated its bioreactors to enhance process intensification, says Vermunt, and will soon introduce an automatic perfusion system that integrates into the company’s Xcellerex bioreactor platform to facilitate intensification during both N-1 and N stages. The company is also working to improve sensors and use of near infrared and Raman spectroscopy.

Univercells has leveraged process intensification in a new single-use bioreactor design that features a structured fixed-bed bioreactor connected to an automated tangential flow filtration concentrator. The structured fixed-bed contributes to even cell distributions throughout the bed matrix, which improves productivity and reproducibility relative to other commercial systems, says Chatel, while the concentrator reduces the number of downstream operations.

Over the next five years, experts expect the process intensification trend to continue. Verlenden expects to see greater use of perfusion-developed cell lines, expansion and perfusion cell-culture media, cell retention systems, single-use bioreactors developed for perfusion applications, and associated process automation and control. “Process optimization will run towards maintaining cell densities of over 150 million cells/mL and cultivation run times of over 90 days,” he says.

These trends will also drive improvement of single-use technology to support new process templates, especially process intensification and perfusion, says Castan. “Significantly higher cell densities will result in challenges with respect to mixing and oxygen transfer, while new modalities such as cell and gene therapies will require innovation,” he says.

Movement to continuous bioprocessing will have an impact on bioreactor technology, says Becheau, especially as upstream production processes for viral vectors become mature. She expects to see continued migration from adherent producer cells to suspension cells, as well as the development of stable producer cell lines, which will result in increased productivity per cell, greater use of serum free or chemical defined media systems, and a better understanding and ability to measure media nutrient and feed requirements. “For continuous bioprocessing, development and implementation of more sophisticated cell retention strategies, such as the use of acoustic waves or fixed bed bioreactors, will greatly simplify operations and increase culture performance, mostly by reducing cell shear,” she says. One fundamental near-term change will be an increasing number of new molecular formats in clinical programs (e.g., bispecifics). “We will need to re-tune processes to improve the consistency and quality of products. This also means linking new in-line spectroscopic technology (e.g., Raman sensors) with data handling and analytics,” says Mohindra.

He sees advances in process control and data analytics as one of the most exciting drivers of change in upstream bioprocessing. “Where we used to be able to measure basic parameters such as dissolved oxygen, pH, and temperature, we can now measure many more complex parameters in real time. The goal is to be able to measure conditions directly where the magic happens—in the actual cell—and this is really challenging the industry,” Mohindra says.

Research is underway around the world to help improve upstream processing and overall biopharmaceutical manufacturing. In the United States, a number of efforts are bridging the gap between basic and industrial research by having academic groups and research labs collaborate with companies to help address their top challenges. One example is the Advanced Mammalian Biomanufacturing Innovation Center (AMBIC), a National Science Foundation (NSF)-funded cooperative with 25 corporate members, which is focusing on upstream biomanufacturing and mammalian cell culture and areas such as sensor development and media optimization. The group has developed standard reference Chinese hamster ovary cell lines for research projects to help establish a common baseline for understanding cell responses and improve overall efforts.

AMBIC has also developed graphical user interfaces to help member companies optimize media and cell longevity and performance by understanding what is happening within the media and how conditions and changes affect cells.

In February 2020, NIIMBL held a workshop on process intensification with technical leaders from 14 major biopharmaceutical manufacturers and suppliers. Under discussion is a case study that would establish a common language, standard requirements, and definitions for the control strategies that are needed for integrated, intensified bioprocesses, both on the drug substance and finished drug product side. Erickson sees this effort as being similar in spirit to work on the “A-mAb” case study for quality by design that was done over 10 years ago by the CMC Biotech Working Group (2).

Further out in the future, there will be a need for new equipment and approaches to quality control and increased up- and downstream integration. Today, notes Castan, most processes for the production of viral vectors are based on adherent cells, but new expression systems with suspension cells are being developed. These systems will allow existing equipment to be leveraged for suspension cell processes, he explains, but that equipment will need to be smaller for cell and gene therapies than it is in traditional biopharm processes. Integrated systems will be needed to aseptically connect upstream and downstream so that the entire process operates as a closed system, he says. Typically, this has been done by adding aseptic connectors, he explains, but this approach only drives up tube set cost and increases the number of touchpoints for human interaction. “Finding the right balance between functions, compliance, and affordability will likely include new designs and procedural controls,” he says. Traditional quality control (QC) methods will also become outdated as the industry moves to continuous processing. “We will need to replace current QC methods with in-line testing technologies, and they will need to be more accurate, fast, and robust than what exists today,” says Mohindra.

Change within the biopharmaceutical space has brought with it demands for new skillsets and training. Where, in the past, companies sought biochemists with basic cell culture and purification knowledge, they now require bioengineers with high throughput and automation expertise, says Mohindra. Most manufacturers and technology vendors are partnering with universities to design and deliver courses to help its workers develop the skills required.

Currently, more career opportunities are opening up in gene therapy and viral vector manufacturing, but there’s still a large skills gap, says Becheau. “Companies are struggling to find talent with the automation, computer science, and process modeling experience they need,” she says.

Another important change is that these more advanced skills are needed on the plant floor. “Tasks that traditionally would have been run by an analytical chemist or a data scientist may now be assigned to an operator, so the next-generation workforce will need to have a diverse background and be comfortable with evolving tools to manage new responsibilities right on the manufacturing floor,” Vermunt says.