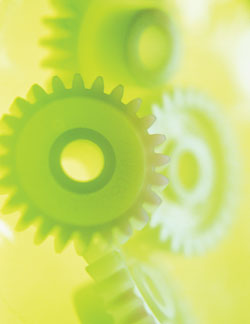 The market for pre-packed, disposable chromatography columns used for downstream bioprocessing is increasing rapidly. Requirements for greater productivity and efficiency and the move toward single-use and flexible facilities are fueling these changes. Future integration of single-use technologies into large-scale manufacturing is a primary driver.

There has been a clear spike in interest among biopharmaceutical manufacturers for pre-packed disposable chromatography columns. Back in 2010, BioPlan Associates’ Annual Report and Survey of Biopharmaceutical Manufacturing found that only 1% of the industry was interested in pre-packed column technology. Over the past few years that interest has grown to more than 27% of decision-makers who said they were at least considering adopting these new technologies (1). That rapid jump brings it near the level of interest given to other technologies that have been in the market for longer, such as buffer dilution systems/skids and continuous purification systems.

Much of this increase in interest has been due to acute bottleneck problems in downstream processing areas. Interest in alternative downstream technologies has spiked as a result. The level of consideration in pre-packed disposable columns has leveled off since then, but it remains significant. These “disposable” columns often appear to be used multiple times, and due to the current cost of resins being packed, few, if any pre-packed columns marketed today are in practice actually “single-use.”

Benefits of disposable pre-packed columns
The benefits afforded by pre-packed disposable columns can be broad reaching. They’re quicker to set up, and offer operational flexibility, with rapid changeovers. Proponents also point to how they eliminate the work involved in column cleaning, sterilization and packing; simplify validation and cleaning; allow for more runs, and reduce labor-hours, including column testing, validation and documentation. Other benefits include elimination (outsourcing) of non-core activities, and the benefits of receiving expert-packed, fully validated and documented columns, with smaller facilities potentially lacking needed specialized expertise and equipment.

In the future, complementary technologies such as continuous processing methods, specifically multi-column chromatography (e.g., using 4-6 columns in parallel instead of one large column), will also impact future growth for pre-packed disposable columns, as the need for consistency and efficiency moves the packing off-site. Some of these events are 5–10 years off, so the growth in sales and interest in these technologies is likely to continue.

Downsides of pre-packed columns
There are certainly cost and control advantages to facilities packing their own columns, rather than using pre-packed columns. Further, conventional chromatography columns are not as inherently limited in terms of sizes available. And while reusable columns do require a lot of cleaning validation, and parts replacement, those problems are less critical when facilities are producing multiple batches of the same product. Facilities that can get by with longer downtimes also won’t be as enthusiastic for the changeover speed advantages afforded by pre-packed disposable columns.

Market size for pre-packed disposable columns
The current size of the market for pre-packed disposable columns used in bioprocessing (typically greater than 1 L size) is approximately $45–$55 million. This estimate includes resins, materials, and services associated with pre-packed columns. We note that some manufacturers pack columns using their own resins, while others provide services-only using customer-provided materials, and others will pack columns with whatever resin is desired. This makes direct competitor comparisons difficult, especially given the high cost of some resins.