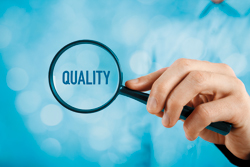 Vaccine development is a complicated process that can take many years to bear fruit. More complicated diseases such as AIDS and malaria have proven particularly challenging in this respect. The biopharmaceutical industry is focused on accelerating the development of new vaccines for such diseases and enabling the rapid response to unforeseen appearances of new viral threats. The successes achieved by leading manufacturers in response to the Ebola outbreak in 2014 suggest that actions can be taken to speed up vaccine development.

Early bioprocessing challenges
The diversity of viruses that cause diseases, the number of different vaccine products, and the variety of vaccine production methods all contribute to the complexity of vaccine development from a bioprocessing perspective. “The lack of true platforms, with a few exceptions, means that there is a lack of standard cell lines with associated process and analytical frameworks for the manufacturing and release of products,” says Tony D’Amore, vice-president of global product research and development with Sanofi Pasteur. Frequently in the absence of such platforms, de novo development—or starting from scratch—of vaccines is necessary.

In addition, not all vaccine production methods can be applied for all vaccine products; the antigen must first be defined based on immunogenicity and then potential production methods evaluated, according to Sangeetha Sagar, assistant vice-president for research and development with Sanofi Pasteur. The absence of predictive animal models complicates the issue; while safety can be established in animals, immunogenicity is harder to correlate, and as a result the effectiveness of a vaccine is often unknown until it is tested in clinical trials. “It is important that proof-of-concept clinical studies with new vaccines be conducted as early as possible so that the long-term investment in a particular vaccine’s development can be warranted,” Sagar adds.

The key to overcoming these initial challenges is to expand immunological understanding of the characteristics of vaccine antigens that confer protection and, in the meantime, make sure bioprocess and analytical experts have knowledge of all existing and new platforms, according to D’Amore. He also notes that efforts are underway to streamline the timing of proof-of-concept clinical studies for new vaccines so that they can be more rapidly evaluated for efficacy prior to large-scale development. High-throughput and single-use technologies are also being leveraged to accelerate key aspects of manufacturing processes, such as determination of appropriate media, resins for purification, formulation conditions, and analytical testing methods, according to Sagar.

Rapid development of Ebola vaccine
The Ebola outbreak in 2014, declared a public health emergency of international concern (PHEIC), was an emergency for which the world was not prepared. The accepted approach to containing Ebola outbreaks has largely involved identification and tracing of cases to enable isolation, which became an overwhelming challenge. Vaccines for Ebola were in development (Phase I), but had not been considered a significant part of the solution until the seriousness of the outbreak was realized. Vaccine manufacturers at that point committed to accelerate their development and manufacturing activities and, in doing so, move from Phase I to Phase III in months and, should the need arise, support full-scale manufacturing and deployment of an approved vaccine.

Teamwork and multi-tasking at Janssen
Janssen Vaccines, part of the Janssen Pharmaceutical Companies of Johnson & Johnson, received the 2016 Facility of the Year Award for Project Execution for its “Fast Track Refurbishment for Ebola Vaccine Production” at the Bern, Switzerland facility from the International Society of Pharmaceutical Engineers (ISPE). The company began working to accelerate the development of its Ebola vaccine when Johnson & Johnson made a commitment of $200 million to the initiative. Research efforts had identified a vaccine that clearly contained the strain responsible for the outbreak in West Africa, and the two components of the vaccine had been evaluated in Phase I studies for immunogenicity and safety when used for other applications such as HIV, malaria, and tuberculosis. The company, however, did not have a formal process and had not yet produced any vaccine.

This achievement was made possible through the simultaneous refurbishment of an existing production facility and the technology transfer, optimization, and scale-up of the bioprocess combined with tremendous employee commitment and effort, and extensive teamwork among all stakeholders, much of which was supported by funding from the Innovative Medicines Initiative Ebola+ Programme, according to Dirk Redlich, vice-president and global head of technical development for Janssen Vaccines.

The company was able to rapidly evaluate the design space of the process and identify critical process parameters due to its extensive knowledge of its AdVac (adeno virus) and PER.C6 platform technology, which it had previously used for the development of other viruses. “Having a deep understanding of the platform was crucial to accelerating the process development effort, because we were able to consider potential issues at larger scale from the beginning,” Redlich observes.

To produce as many as 20 million doses, the process needed to be scaled up to 50 liters, and the company elected to construct a dedicated facility with the capability to manufacture the vaccine at both scales. A site at its manufacturing plant in Bern (where products had been phased out) was made available, as were experienced personnel (who elected to stay on to work on the project). Tech transfer from Lieden to the pilot plant in Bern and process optimization were conducted while the facility was refurbished.

“These simultaneous activities created tremendous challenges, because key decisions about the facility had to be postponed to as late a time as possible. Significant flexibility was built in and, where necessary, work was redone or multiple systems were installed—all with a focus on getting an effective process in place to produce safe vaccines as quickly as possible and without consideration of cost,” says Ron Kesselmans, the Bern site manager for Janssen Vaccines. Tech transfer from Leiden occurred at the end of 2014, and by January 2015, the first GMP batch was run in the 2 x 10-L scale pilot plant at Bern. The dedicated facility was completed in the third quarter of 2015 and was followed by tech transfer from the pilot plant. Production runs at Leiden continued throughout the period as well to ensure supply and de-risk technology transfer activities.

“We saw ourselves as a rapid response team that was responding to a crisis. The level of teamwork was amazing, as was the diversity of expertise. The production and development teams worked very closely together, and there was also extensive collaboration with external partners, including raw material and equipment suppliers, contract partner IDT Biologika, which was selected to perform the fill/finish operations, the logistics providers chosen to ship the bulk vaccine to IDT at -60 °C, the governments of the affected countries, the World Health Organization (WHO), and regulators,” notes Kesselmans. Janssen has proven that the product can be stored at customer sites at 2-8 °C, but elected to ship the bulk drug at -60 °C and the formulated product at -20 °C.

Lessons learned
The heightened level of effort observed at Janssen and other vaccine manufacturers in response to the Ebola outbreak cannot be sustained on a regular basis. Several lessons have been learned, however, that should be applicable for accelerating vaccine development under normal conditions.

A collaborative approach with all internal and external stakeholders that includes intensive communications can accelerate all aspects of the development effort without reducing quality or safety, according to Redlich. “Rather than following a typical sequential process, bringing everyone in together to discuss issues and address them can be very effective at generating results more rapidly,” he says.

Two specific examples that benefited Janssen included the collaborative approach that was taken to gaining regulatory approvals and a new structure for the production and facility refurbishment teams. Redlich is hopeful that going forward the relationships established with WHO and other regulators will continue to lead to improved interactions. The company also found that, when developing new technologies, starting a conversation with regulators early on in the process-development stage helps to ensure that regulators understand the issues and are on board at the onset.

In the latter case, the engineering and tech transfer groups were integrated into the production team, which headed up the project. “This approach was very effective and had a big impact on accelerating the pace of process development and implementation,” Redlich says. Establishing an experienced team to manage supply chain and logistics issues that can also work closely with production is also important and requires effective collaboration and communication.

During the development and scale-up of the Ebola vaccine process, questioning conventional processes was also a key factor in Janssen’s success, according to Kesselmans. “By looking at every step and approach and asking why it was done in a certain way and if there might be a better solution, we were able to eliminate waste in terms of time and effort. We will definitely be bringing these discoveries to future vaccine development programs,” he asserts.

Modular facilities that integrated single-use technology can also greatly accelerate time to start up and predictability. “Once we know a vaccine works and have defined the process, manufacturing can begin in modular facilities in much less time than is possible in conventional facilities. Furthermore, such modular facilities can be ‘turned over’ rapidly to accommodate different types of vaccines. The combination of single-use technology and modular production has, in fact, already resulted in the cost reduction and acceleration of vaccine development,” D’Amore adds.

Continuous processing is also attracting attention as a means for reducing the cost, scale, and speed of vaccine manufacturing. It can be particularly advantageous in accelerating start up once proof of concept has been established, according to Sagar. “These technologies are actively in development for vaccine production and will play key roles in future manufacturing processes,” she says.

Process knowledge key to accelerating development
The real key to accelerating vaccine development, however, will be increased knowledge. “A thorough understanding of the process and product is essential to accelerate vaccines development. The better we know the product and what confers immunogenicity and effectiveness, the easier it is to scale, modernize, and modify the processes,” D’Amore asserts. Redlich agrees, “Having a deep understanding of vaccine manufacturing technology--preferably platform technologies, whether for adeno viral vectors or bacterial vectors, is crucial for achieving rapid scale-up and getting the vaccines to those who need them. Access to the infrastructure necessary for large-scale vaccine production is also essential, and a technology that provides high yields at low volumes is preferable,” he states.

That deep understanding will be developed through the application of advanced analytical tools for characterization. “Quality by design, high-throughput screening, high-throughput sequencing, small-scale models to simulate large-scale production, artificial intelligence (both simulation and predictive models), and many of the new analytical methods for characterization are all enhancing our process and product understanding. Combined with the application of platform technologies for related pathogens, they will also further enhance the acceleration of vaccine development,” Sagar concludes.