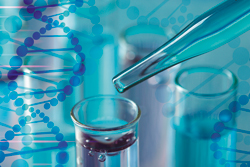 Manufacture of protein and other biologic drug substances via cell culture or fermentation occurs with the natural, simultaneous production of other unwanted materials, particularly host-cell proteins (HCPs). Host-cell DNA will also be present and must be minimized by the purification process. Elemental impurities can be present as well. There is, however, no set of standard assays for the determination of contaminants such as HCPs during manufacturing because each biopharmaceutical process is unique and results in unique impurities; it is not possible to develop assays that can detect all potential contaminants.

Increased understanding of potential impurities and their consequence to the ultimate quality, safety, and efficacy of biopharmaceuticals--as well as improvements in analytical technology that provide enhanced means of monitoring--have, however, been key drivers for the continued review and optimization of guidelines for the manufacture of biologic drugs, according to Ashleigh Wake, director of biological services for Intertek Pharmaceutical Services.

The scientific and technical fields are evolving, agrees Bérangère Tissot, general manager of SGS’s Life Science laboratory in West Chester, PA, and the number and diversity of biologic drug substance and drug product submissions are constantly increasing. “As biologic manufacturing and biologic product knowledge continue to expand, there will be a constant requirement to adapt and amend both thought processes and guidance,” Wake states.

“Modern public standards form an integral part of the multi-tiered safety net that assures access to high quality medicines,” according to Fouad Atouf, vice-president of global biologics with the United States Pharmacopeial Convention (USP). “They are intended,” he adds, “to support and complement regulatory assessment and could be applied throughout the product lifecycle.” USP sets public quality standards and FDA enforces such standards.

USP, in collaboration with its Expert Committee and Panel members, develops public standards that support the development, characterization, and release of therapeutics. USP monographs and associated reference standards, according to Atouf, can be used to control product variants during the lifecycle of therapeutic peptide and protein products.

“USP continues to develop new standards that support both therapeutics in global commerce, as well as those in development. USP standards for peptides and proteins are undergoing modernization to address the key quality attributes of these products. Test chapters that contain validated methods and associated reference standards facilitate method adoption following verification that they are suitable for a new purpose. Stakeholders are encouraged to participate in the standard-setting process via commenting, volunteering, and taking part in workshops,” Atouf says.

USP has introduced several new standards, including specific guidance on analytical method best practice for quantitation of residual HCPs (1) and host-cell DNA (2). In addition to these biologics-specific chapters from USP, FDA published draft guidance on elemental impurities in June 2016 (3) following the issuance in 2014 of the International Council for Harmonization (ICH) Q3D guideline on elemental impurities (4). There are several implications of these documents, according to Wake, but on a practical level they require industry to replace traditional wet chemistry techniques for heavy-metal determination with inductively coupled plasma mass spectrometry (ICP-MS) in a risk-based approach for monitoring levels of potential elemental impurities.

Some specifics on residual HCPs

The presence of HCPs in a biologic material is inevitable given that the main route of production for biopharmaceuticals is through recombinant technology via a host cell. HCPs, if uncontrolled, however, can have a significant detrimental effect on product safety, efficacy, and quality, and consequently measurement and monitoring of such species is crucial during product development, characterization, and release, according to Wake.

In acknowledgement of the importance of controlling HCP content, USP General Chapter <1132> “Residual Host Cell Protein Measurement in Biopharmaceuticals” was first published in the 2nd Supplement of the United States Pharmacopeia (USP) 38–National Formulary (NF) 33, with an official date of Dec. 1, 2015 and ultimately issued on April 1, 2016. This document is aimed at providing industry guidance on the best analytical approach for HCP quantitation. It incorporates choice of method; aspects of assay performance to be evaluated to demonstrate method validity, including critical reagent identification, retention, and planning; and provides general specifications on HCP levels.

Methods include immunoassays, electrophoresis, Western blots, and chromatographic and proteomic techniques. The standard provides information on the assay development cycle, development and characterization of HCP reagents, method development and qualification as fit for use, how to address dilution linearity during method validation, the use of HCP immunoassays for process development, characterization, and validation, including assays for individual HCPs and control strategies and safety considerations when establishing HCP limits.

The standard also includes general advice for establishing product specifications using a risk-based approach and prior knowledge. “No uniform limit exists across drug substances, and results are contingent on the quality of the reagents and method,” Atouf notes. He adds that the use of commercial or platform assays early in development is common, but most regulators expect a well-qualified process-specific or platform assay for later development and post-approval.

One important aspect of the USP <1132> chapter is a discussion of orthogonal methods, including the use of mass spectrometry for HCP characterization. “USP <1132> was very helpful in introducing mass spectrometry as a tool for the qualitative analysis of residual HCPs,” comments Tissot. She would like to see, however, USP define mass spectrometry as a solid tool for the quantitation of residual HCPs. “With the diversification of expression systems, the immunoassay approach may become increasingly difficult to follow, and regulation around alternative methods could become necessary,” she asserts.

A few words about host-cell DNA

Similar to HCPs, given the route of manufacture of biologics, residual host-cell DNA is another potential impurity that requires close control. Proposed USP chapter <509>, “Residual DNA Testing,” offers validated test methods for quantitation of residual DNA, specifically in products produced in Escherichia coli (E. coli) or Chinese hamster ovary (CHO) cell lines, according to Wake. Atouf adds that in addition to the CHO and E. coli genomic DNA reference standards currently under development, additional reference standards may be added in the future based on demand. This chapter includes a validated sample extraction procedure in combination with a quantitative polymerase chain reaction (qPCR) detection method. Users would need to verify that the chapter method is suitable for their sample types and purpose.

The reference standards are expected to be available by the end of 2017, according to Atouf. The chapter is divided into two major sections covering sample preparation (extraction) and DNA detection. Based on results of an industry survey, it was determined to include a proteinase K digestion step combined with a chaotropic salt (NaI) extraction and isopropanol precipitation. The language of the chapter, however, allows for other appropriate procedures for isolating DNA may be used, according to Atouf.

For DNA detection, Atouf notes that qPCR was included because it is by far the most commonly used technique in the industry due to its high sensitivity, specificity, dynamic range, high-throughput capability, the availability of standardized best practices, and regulatory familiarity.

Primer and probe sequences and cycling conditions are specified, but instrumentation is not. Requirements for system suitability (negative control solution, sensitivity, and linearity), spike recovery of extracted samples, and precision of sample replicates are covered but the limit for residual DNA will be defined in future product monographs, not in the chapter, according to Atouf.

“Given the complexity and financial burden involved in the production of biologics, failure of batches due to adverse impurity levels is prohibitive to product success,” Wake asserts. “It is essential, therefore, to develop online upstream and downstream monitoring systems for key process and product impurities, including product degradents, aggregates etc., such that if necessary, purification can be performed in process, prior to final manufacture,” she continues.

“Consequently,” Wake observes, “as the regulations surrounding impurities and product specification continue to evolve, manufacturers will be presented with challenges not only with respect to the manufacture of products with potentially increased purities, but also the development of methods that will allow both sensitive and time-sensitive analytics.”

Achieving these goals can be difficult for pharmaceutical companies lacking the necessary breadth and depth of analytical expertise. Analytical contract research organizations (CROs) provide support for residual testing in biologics using both well-established methods and more high-end methods, such as mass spectrometry, for the quantitation of residual proteins, according to Tissot.

“Laboratory service providers play a critical role in ensuring that their clients, specifically the pharmaceutical industry, only release product to the market place that are safe and efficacious, which is the same rationale behind any regulatory requirement or guidance,” adds Wake. On a practical level, she notes that doing so requires considerable commitment from the service provider to ensure all approaches remains current.

“As an analytical CRO, our role is primarily to ensure that the services we offer are not only in agreement with the newest regulatory documents, but are also in line with the latest scientific and technical developments of the field. Ultimately the mission of SGS is to make sure everything we do can sustain scrutiny from any regulatory agency, both from scientific and compliance stand points,” Tissot explains.

To that end, SGS has invested in ICP-MS instrumentation and expertise at several of its global locations for compliance with the update elemental impurities requirements, is applying its expertise in mass spectrometry for HCP characterization, and formed globally harmonized Centers of Excellence within the SGS network to address extractable and leachable issues.

Intertek has also made investments in capital and personnel to ensure that it can offer optimal solutions for elemental analysis according to ICH Q3D requirements. “Certainly, this area is one in which we have seen considerable demand over the past two to three years as industry aligns to the new approach,” Wake says.