Although the initial uptake of single-use chromatography solutions has been relatively slow, an increased need for higher-capacity resins and the demand for smaller batches has made disposable chromatography a more viable option. 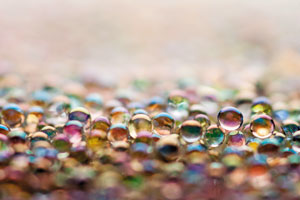 Market Trends
BioPharm: How is the market reacting to disposable chromatography solutions? Do you see growth? In what areas?

Royce and Lundström (GE Healthcare Life Sciences): The highly regulated biopharmaceutical industry does not tend to adopt new technologies quickly and, as with any novel technology, it takes time to create buy-in for a new concept. Consequently, the initial uptake of single-use chromatography solutions was relatively slow. Recent years have seen much greater adoption of single-use chromatography, including both systems with separate consumables and pre-packed columns. Interestingly, our customers normally purchase a single-use chromatography system before they start using a disposable column. The chromatography system is a long-term commitment to make, whereas a column is a consumable that is disposed after the production campaign is over and the customer can decide if they want to continue using pre-packed or go back to the use of traditional columns. Disposable columns are often more difficult than the system for our customers to implement, due to quality assurance reasons. The chromatography medium is the means by which protein purification is performed, and it must perform as expected, otherwise the purity of the drug can be impaired. Customers have expressed that they feel they have less control over this step if an external supplier performs the packing, rather than it being done in-house. However, once customers start using prepacked columns, they quickly come to rely on them and appreciate the additional value they provide, including consistent performance and the fact that the performance of the column has been pretested and approved.

Tingley (Repligen): In our experience, the market has responded very positively to prepacked chromatography solutions such as Repligen’s OPUS. They appreciate the convenience, flexibility, and scalability that they offer, and in the case of OPUS, the ability to pack any media at any bed height. We are definitely seeing growth as well as demand for larger columns that are suitable for use with 1000-L and 2000-L bioreactors. In just a couple of years this line is generating multimillion dollars sales. It is one of the most rapidly adopted product launches in our industry. What is most encouraging is the breadth of adoption of the technology. It was easy to predict active adoption by companies with dedicated disposable facilities for production of early-stage clinical materials. But we are also seeing adoption by CMOs and innovator molecule companies.

Cost Considerations
BioPharm: In the past two years, have there been any technological advances to improve performance or reduce costs?

Royce and Lundström (GE Healthcare Life Sciences): To some extent, costs are directly affected by volumes used, and there can be economies of scale such as purchasing larger quantities. From a technology perspective, there is the possibility to benefit from automation and also increased scale/size of batches produced. There have not been any major technical changes in the chromatography systems or columns design; however, we are seeing continuous improvement in associated sensor performance, accuracy, reliability, and cost. Where we have seen significant advances in chromatography is with innovative new Protein A-derived media that are delivering improved capacity and stability, helping to increase production efficiency, and reducing capital expenditure. In addition, looking at ways to improve on Protein A technology, we are investing in the development of newer-affinity resins (including affinity resins based on Protein L) for the purification of a next-generation of biotherapeutics such as antibody fragments.

Tingley (Repligen): Yes, the single-use chromatography products we are discussing were launched for clinical-scale manufacturing within the past two years. They are designed to improve downstream processing performance, ensure consistency of product, reduce cost, and reduce time between batch runs. Total suite, labor, and material costs decrease dramatically. While the cost of purification media used in packed bed chromatography has not yet changed, there are other ways to strip costs out of each step of the purification train. On the user side, the availability of a ‘ready-to-use’ prepacked column saves 6070 labor hours for packing alone. Add to this the efficiency of never having to repack a column and not delaying or missing a manufacturing slot, and the savings can be very significant. On the vendor side, the use of novel polypropylene-based materials is allowing prepacked columns to scale up to 60 cm in diameter, where the cost of scaling up conventional glass columns increases almost exponentially.

BioPharm: What are the cost differences between prepackaged columns versus columns packed on site?

Royce and Lundström (GE Healthcare Life Sciences): The end user has to compare the cost, not only of the chromatography media used, but also of the labor for packing, utilities, use of facility time, the potential cost of a repack, and the additional costs of potential contamination against the cost of buying a prepacked chromatography column. The main advantage is that users save time if they buy prepacked columns. Packing columns is a labor-intense operation, and the more frequently you change media or repack with new media, the greater the benefit of using prepacked columns. In many cases, open handling of chromatography media has associated contamination risks, while prepacked columns are most often sanitized. There is also always the risk of failure in packing a column and, if a user has a tight schedule, selecting prepacked columns is the preferred option.

Tingley (Repligen): This is a complex question. At its simplest, the answer requires a comparison of the tasks, labor time, labor rate, raw materials, and overhead to pack a glass column on site and prepare it for use in a GMP suite with a similar analysis for the acquisition of a prepacked column. In collaboration with Dr. Howard Levine from BioProcessing Technology Consultants, Repligen developed such a campaign-use process economics calculator and has shown that use of prepacked columns can save $10,000$20,000 compared with use of glass columns. It is important to note that other savings are possible and are not captured by the calculator: How often does a pack fail? Are some resins more difficult than others? If as a user you pack columns infrequently or your company is an advocate of lean Six Sigma-based process simplification, then even more savings can be identified. Single-Use Or multi-use?

BioPharm: What are some of the drawbacks associated with using a single-use chromatography column multiple times?

Royce and Lundström (GE Healthcare Life Sciences): Disposable chromatography columns can be used for a campaign, whether for one batch of a few cycles, or a few batches of the same product. The number of cycles that can be run on a prepacked column depends on the application (e.g., the quantity of sample impurities and/or resolution requirements), but they can be used for an entire clinical production campaign. The only limitation is that the end-user cannot repack a prepacked column. We have received requests from users who not only are running multiproduct facilities with short production campaigns, but also from users who want prepacked columns for their dedicated production facility where the campaigns are very long. In these situations, they found the media difficult to pack themselves and preferred to make use of our extensive packing knowledge by buying a pre-packed column from us.

Tingley (Repligen): First, while the industry refers to ‘single-use’, in practice a column can be used for as long as the purification media is qualified. Although single-use terminology is in place, a better way to describe the technology is ‘campaign use’ or ‘cycle limited’ disposable chromatography. In my view, the limits of column life have yet to be tested. The robust packing methods that we use have enabled us to ship resins known to be difficult to pack, such as Bio-Rad’s ceramic hydroxyapatite type resin and EMD Millipore’s ProSep. At Repligen, we have generated and published data where the packs are still integral after over 100 cycles. We are also aware of user experiences where OPUS columns have been used repeatedly off and on for over two years. Another ‘limitations’ question to be answered is: What is the largest single-use column that is practical? We are preparing to launch a 60 cm diameter column that is suitable for use with a 2000-L bioreactor, but we are not facing a structural limit. The Importance of resin structure

BioPharm: How important is resin structure to separation success?

Royce and Lundström (GE Healthcare Life Sciences): Resin structure is crucial to separation success, and there are many aspects that must be considered. First, bead size plays a critical role in the resolution one can obtain when separating molecules that are similar in size or chemical makeup. Generally, smaller beads lead to better resolution in chromatographic separations. This can be especially important when trying to separate, for example, aggregated protein from monomer. Second, bead size and hardness will determine the maximum flow rates at which one can operate. Since much of the time spent in chromatography unit operations is spent washing the column with buffer, increases in maximum achievable flow rate can have a large impact on overall productivity. Generally, larger and harder beads enable high-flow rates. Third, resin porosity plays a role in separation efficiency as well as in maximum achievable capacity. Highly porous resins tend to have a higher binding capacity since there is less steric hindrance caused by molecules bound to the substrate. Of course, there is a limit to porosity since resins must also be mechanically robust. Finally, the composition of the material used to make a resin plays an important role in separation success. Hard, brittle materials may produce fines during handling, which can plug column nets and/or reduce the performance of a column. Materials based on synthesized polymers may have higher levels of extractable components, or may nonspecifically bind biological molecules via ionic or hydrophobic interactions. Regardless, the materials must have broad chemical compatibility to withstand the rigorous clean-in-place protocols used to regenerate resins. Resin structure is a science in itself. Many resins use the same or similar ligands, but perform quite differently in use, such that manufacturers must balance a number of factors in order to optimize resin performance.

Tingley (Repligen): Resin structure is central to separation success, especially with more complex proteins such as monoclonal antibodies. OPUS was designed to allow biopharmaceutical manufacturers to retain their preferred purification process without having to pack columns and manage legacy column hardware. The point, therefore, was not to improve the performance of any specific chromatographic resin step. That said, in light of the manufacturing scale for single-use columns (generally clinical), we believe there is a market opportunity for a lower cost media where the highest level of performance is unnecessary. The limitations of packing specific resins are the same for OPUS and glass; the exception is the end-user does not have to manage this process.