Improvements in Protein A Chromatography


Process Development Forum speaks about Protein A chromatography with Glen Bolton, Scientific Director at Amgen. Bolton recently published a paper “Role of more than 40 years of improvement in Protein A chromatography in the growth of the therapeutic antibody industry,” and also presented at the spring ACS meeting in San Francisco on the same topic. 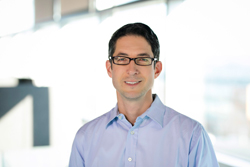 What are your key take-aways after this study on the evolution of Protein A chromatography?
Many people talk about replacing protein A chromatography step with alternative purification methods due to the high cost, low capacity and limited robustness of Protein A. However since 1978, the capacity and productivity of Protein A resins have improved at a rate of about 5% a year. The net effect of this improvement is that newer resins are an order of magnitude better than the resins from 30 years ago and the limitations of protein A have mostly been overcome.

Another take away is that development of a technology like Protein A takes a long time. The protein was discovered in 1958. It was put on a chromatography resin in 1972 and commercialized in 1978. A patent was filed in 1973 and granted in 1986. The first significant protein A sales started in about 2000. It is likely that alternative technologies will also take a long time before they are implemented widely.

You mention that you sometimes are asked  “Why do you still use Protein A?” Why do you?
Protein A chromatography provides high yield while providing up to 3 logs of host cell protein removal and 4 logs of DNA and virus removal. Resins are robust enough to be cleaned with caustic and re-used hundreds of times. The Protein A step is platformable so that the same buffers and conditions can be used for many different clinical antibody candidates. This allows for fast step development. Alternative technologies like CEX capture or precipitation often provide lower purity and require more mAb-specific development.

What future directions would you like to see in the development of next generation of Protein A resins?
We would like to see continued improvements in traditional bead-based Protein A resins to allow for increased capacities, flow rates, and lifetimes. At the same time we see promise in non-bead based protein A technologies like membrane adsorbers and monoliths, which have higher productivity than packed columns due to their short bed heights and high operational flow rates. These devices are not currently practical for large scale manufacturing, but may represent a format for future improvements in Protein A productivity.

Number of cycles on the Protein A column are often highlighted and discussed. Your viewpoint?
The cost of Protein A per gram of mAb produced decreases with column cycles. Recently people have reported in excess of 500 cycles on protein A. While this provides great value for routine manufacturing of large quantities of mAb, the value should be balanced against the development costs. To reach 500 cycles, it not only requires a well-developed cleaning regimen but also requires roughly 120 grams of mAb and 250 days of lab experiments. In addition, it would likely lead to the development and validation of a Protein A resin storage procedure for use during plant shutdown. This effort is often justifiable only after mAb licensure and production requirements are clear.

A more diversified pipeline of molecules can now be seen. Do you expect a similar approach with affinity resins and purification platforms to be used in these cases a swell?
Some molecules, like those having Fab domains, are amendable to the use of platform affinity capture resins. More often however, the diversity of the clinical pipeline leads to the development of unique non-affinity capture steps.

Tags: Protein A chromatography, evolution of protein A, protein A