State of the Biopharmaceutical Industry: Lessons from 2018 Survey Data 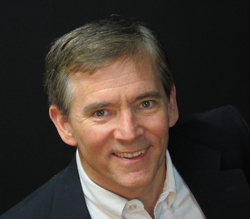 Since 2003, BioPlan Associates, Inc. of Rockville, MD, has surveyed developers of biotherapeutics and contract manufacturing organizations working in this space about current and projected capacity and production. The results, published in the Annual Report and Survey of Biopharmaceutical Manufacturing Capacity and Production, provide a detailed, data-rich look at current trends in the biopharmaceutical industry. Here, Eric S. Langer, managing partner at BioPlan Associates, Inc., talks with the Process Development Forum about the 2018 survey, the 15th in their annual look at the state of the manufacturing industry.

What has doing this long-running project taught you about the biopharmaceutical industry?

If anything, years of working on the survey have confirmed that things change rather slowly in this industry. Trends do not come and go quickly at all. Rather, they develop and play out over at least a decade, generally multiple decades. For example, our studies have shown rather consistent incremental increases in upstream cell culture titers over the past three decades; and it took well over a decade for single-use equipment to attain a major role in manufacturing, including dominating the pre-commercial bioprocessing markets, while single-use technology is only just starting to be adopted for commercial scale bioprocessing.

What new areas did you explore in this year’s survey?

In 2018, and in recent years, we are seeing not just increased interest in and desires for adoption of continuous bioprocessing, but also expectations, hopes, and plans to implement continuous processing. This is despite the fact that available technologies in this area are mostly not yet ready or are just entering the market for mainstream use. Moreover, hardly any bioprocessing professionals having any actual experience, much less expertise, with continuous bioprocessing. Continuous upstream processing (i.e., perfusion) is leading in terms of development and adoption after finally becoming more adaptable to a single-use format, which will further increase its use and utility.

Downstream is where all the problems continue to be, with purification overall lagging in productivity and speed versus upstream processing, often causing bottlenecks downstream. Bioprocessing professionals expect continuous processing to be soon become a reality, particularly advances in continuous chromatography. But with related new equipment and technologies just coming to market, their faith, beliefs, and hopes for continuous processing resolving current bottleneck issues seems premature. New technologies, such as multi-column chromatography, are and will be coming to market, but it will take years for industry to get acquainted with it and develop needed expertise in these areas. It will not happen relatively suddenly in the next few years, which is what the survey data now show. Industry professionals now fully expect it to be available and to adopt it within the next five years.

Some more specific recent findings from new questions this year include:
• Four of the top five responses regarding areas in which suppliers should focus their upstream development efforts involve single-use equipment. Strong desires and perceived needs for improved single-use systems continue, despite this equipment now being available for over a decade and having come to thoroughly dominate pre-commercial manufacturing.
• The downstream areas seen as needing the most improvements are now single-use purification, continuous downstream purification, and virus filtration. Again, desires for single-use technology took the top spot.
• Multiple new questions were asked regarding continuous processing. When asked about significant concerns with continuous perfusion versus upstream fed-batch operations, over two-thirds of respondents (68.9%) cited "Process development control challenges" with perfusion, closely followed by "Process operational complexity" and "Need for greater process control." So, while other survey results show that bioprocessing professionals want and expect continuous processing to become a reality and solve many of their problems, they also recognze that there are challenges and inherent difficulties in adopting continuous processing. Over 70% (71.3%) of respondents agree or strongly agree that they expect to see fully continuous commercial manufacturing with five years, and 62.3% expect perfusion to be adopted by the majority of bioprocessing facilities. Also, most (58.5%) agree or strongly agree that cellular/gene therapy manufacturing bottlenecks will be significantly reduced within five years (something we consider doubtful).
• When asked a new question about what broader pharmaceutical industry small-molecule experience could benefit the biopharmaceutical industry, the leading three responses were "Process control, real-time," "Scale-up or process development," and "Training operators and technicians."


In your opinion, what were the top most important takeaways from the 2018 survey?
For me, the major top-level trends include those broad trends supporting what survey respondents identified as the single most-important current trend—a healthy industry sector with increasing "manufacturing productivity/efficiency”:
1) Continued healthy growth, generally ≥12% annually, in most every major aspect of the biopharmaceutical industry, whether revenue or manufacturing capacity.
2) Continued technological advancement, exemplified by the rather continuous incremental growth in upstream titers that we have documented, with diverse technological improvements making downstream processing more flexible and cost-effective, but still generally not speedier or with much higher yields.
3) Manufacturing capacity, including commercial manufacturing, is in a “good place.” Between the incremental increases in bioprocessing productivity and new facilities and expansions coming online in recent years and under construction, we do not anticipate a “capacity crunch” or shortage of manufacturing capacity now or in the foreseeable future. But, we have documented that there is currently a “capacity crunch” in cellular and gene therapies areas, and this will get much worse.
4) Capacity utilization is also in a “good place,” now in the 60% range, with few facilities experiencing or expecting either any serious shortage or excess in manufacturing capacity, with most facilities operating at a healthy steady state. This includes facilities over time having adapted to and effectively dealing with any downstream bottleneck issues.
5) Manufacturing costs are manageable. Survey data show that the lowest costs currently being attained with commercial scale recombinant protein/antibody manufacturing are now in the $100/gram range, with a few of the very largest facilities attaining this. Most facilities, both developers and CMOs, generally report average costs/gram in the $200–$500/gram range, with these costs still allowing for very healthy markups and profits.

Were there any surprising findings from the 2018 survey?
I continue to be surprised about the high regard bioprocessing professionals have for near-term adoption of continuous bioprocessing and expectations that this will resolve downstream bottleneck problems, yet few have any real experience with the technology and continuous purification equipment is only slowly entering the market.

I also continue to be surprised that industry continues to ignore the benefits of adopting new and improved expression systems. Back in 2010, BioPlan published the first and still only directory of commercially relevant expression systems. Despite diverse genetic-engineering methods and host organisms being available, industry has clearly come to prefer and standardize on use of mammalian systems, particularly CHO. Many more efficient or beneficial expression systems could be adopted, but CHO use is now so widespread that many companies have adopted it as their standard approach, at least for clinical manufacturing, even to the extent of using CHO where simpler and cheaper microbial bioprocessing could be used. The continued relative lack of single-use microbial bioreactors and suppliers/vendors continuing to promote standardized (versus new) approaches (i.e., use of CHO and similar host cell lines) are factors that will result in continued CHO domination of bioprocessing. With fewer bioprocessing professionals learning and using non-CHO/non-mammalian systems, industry may lose much of its knowledge, expertise, and trust in microbial and other non-mammalian bioprocessing. Along these lines, despite its benefits, we are still far from seeing plant and insect expression systems being adopted by industry.

I also continue to be surprised by the magnitude of efforts in follow-on biopharmaceuticals, particularly biosimilars. BioPlan's Biosimilar/Biobetters Pipeline Directory is now tracking over 1,000 biosimilar (and related biogeneric) products at various stages of development worldwide. And this is besides it also tracking nearly 600 biobetter products at various stages. In the coming years, we expect much increased biosimilars in the market, with competition expected to bring discounts relative to reference products to 50% or even lower in the United States and other major markets, with further reductions from price wars very possible.

What issues have you uncovered that you might dive deeper into in the next survey(s)?
Whether through the annual or more specialized surveys, we will be looking further at trends in cellular and gene therapies manufacturing, particularly current and projected major shortfalls in manufacturing capacity. We expect a real, serious “capacity crunch” in these areas, including 50 times (5,000%) more manufacturing capacity than currently in place needed in just five years (and these are rather conservative projections). With cellular and gene therapies likely on track to eventually become as popular and common as recombinant proteins/antibodies, much has happened with mainstream bioprocessing in recent years that allowed it to avoid a “capacity crunch,” cellular and gene therapies desperately need significant improvements in productivity (titers and yields) and building-out of new facilities and expansions; and practical improvements, such as more purpose-designed single-use processing equipment. However, neither processing advances, build-outs nor improvements in equipment are yet happening fast enough to support this.