Whether outsourcing or developing cell therapies in-house, success demands a focus on quality, cost of goods, and sustainability from the start.

Cell therapies, both autologous and allogeneic, have come a long way in just a few years. Countries around the world, most recently Japan, have passed regulations designed to speed development of these treatments, which are now a big and growing global business.

In 2013, according to the Pharmaceutical Research and Manufacturers Association, 69 cell therapies, six of them autologous, or patient-specific treatments, were in clinical trials or being reviewed in the United States alone, 15 of them in Phase III trials (1).

The road is littered with failures, however, often in clinical stages. This has been traced to problems with manufacturing and failure to understand process requirements earlier in the development process. Table I outlines manufacturing issues.

As a growing number of Big Pharma companies explore the potential for immune, regenerative, and other cell therapies, equipment manufacturers including Pall Corp., EMD Millipore, and GE Biosystems, have set up centers of excellence to focus on developing equipment for this new market. Engineering companies such as Invetech and Instrom are developing equipment specific to this niche.

NeoStem is following two paths, pursuing its own cell therapy pipeline and exploring contract services through its contract development and manufacturing organization (CDMO) subsidiary, Progenitor Cell Therapy (PCT). With bases in Irvine and Mountain View, CA and Allendale, NJ, PCT is currently working with Intrexon and Fibrocell on connective tissue treatments, and with the United Kingdom’s Adaptimmune on oncology treatments.

A new CEO, David Mazzo, with a doctorate in analytical chemistry and experience running both private and public international biopharma companies, assumed NeoStem’s leadership in January. He sees no conflict between growing a pipeline and a contract manufacturing business. 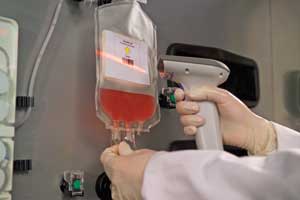 Figure 1: Part of an automated solution being developed by NeoStem and Invetech. Automating processes is key to reducing costs (courtesy of Invetech).

“We are not trying to be two different companies, and we do not see the two competing with each other,” says Mazzo in an interview with BioPharm International’s sister publication, Pharmaceutical Technology, during his second week on the job. “Instead, there is a symbiotic relationship between them.” As he sees it, the company’s track record in developing products should attract more sponsors. “Problems in development usually occur at the interfaces. Our unique experience of having ‘done that before’ should be helpful,” he says.

In January, PCT entered a partnership with Invetech, an equipment design firm based in Australia, with offices in San Diego, to develop automated equipment for cell therapy manufacturing.

The two companies have already been working together for a year now, honing the design and specifications for the instrumentation, says NeoStem’s Chief Scientific Officer (CSO) Robert Preti. The equipment will tackle cell therapy’s most challenging side, autologous treatments, where the manufacturing lot is the patient dose, administered at the patient’s bedside.

As Preti notes, there really isn’t much available today in the way of automated equipment for cell therapy, especially on the autologous side. The equipment will separate and wash cells, among other functions.

Labor-intensive processes add cost
So far, Preti says, the company is evaluating the evolving equipment in NeoStem’s own manufacturing efforts. “One of the largest commercial bottlenecks is the heavy labor required by processes, especially for patient-specific uses, where one batch is one patient.”

The cost of goods is very high, Preti says. “Success, longterm, will require a whole new approach to development. The goal is to provide high quality and sustainability,” he says. Removing manual operations and human error from the process will be crucial.

Invetech has been working on cell therapy process scale-up automation for more than 10 years and has successfully completed projects in North America, Europe, and Asia for companies that include Argos Therapeutics, Aastrom, CCRM, Humacyte, Innovacell, Janssen, kSep Systems, MolMed, Organovo, and ViaCyte, according to Richard Grant, global VP of the company’s biopharma operations, who has been with the company for more than 14 years.

“The goal is to develop a mix of equipment and manufacturing strategies that maximize quality, scalability, and sustainability, with an eye toward cost-effectiveness and commercial viability,” Grant says. Invetech’s solutions typically tailor a mix of OEM and customized equipment to the client’s processes. The company recently commercialized equipment used to manufacture Janssen’s macular degeneration treatment.

What is clear, for both allogeneic and autologous systems, is that cell therapy development and manufacturing costs are currently prohibitive. “The starting points can vary dramatically,” Grant says. He recalls one customer whose autologous process ran to $80,000 per patient in early stage clinical trials. Automation, he says, could reduce costs by 40-90%, depending on the therapy involved.

Development by design
But before one can automate any process, one must understand it. NeoStem and PCT, like a growing number of companies, are taking the principle of quality by design (QbD) to heart in their work.

Mazzo, arguably one of few life-science company CEOs to even articulate the QbD concept, explains that the company has gone a step further, and broadened the International Conference on Harmonization guidances adopted by FDA into “development by design” (DbD).

“We say, first consider the endpoint, then take process as is and understand its unit operations. Develop inputs and outputs and discrete steps and define the process in a way that promotes understanding,” he says.

“This is challenging, given product complexity, but there is a need to understand the mechanism of action very well, so you put each process in this overall envelope of DbD, and consider the cost of goods, scalability, and sustainability,” Preti adds. “You consider the process from the end, only this time, each batch is an individual patient.”

The critical part is defining and measuring process needs, he says. “Product definition is very important, particularly the quality target product profile,” explains Brian Hampson, VP of manufacturing development and engineering at PCT, in an Oct. 22, 2014 webcast for the International Society for Cell Therapy (3).

Have the end in mind
Such things as formulation issues, dosage potency, impurities, residuals, and microbial assurance need to be thought out clearly from the start, Hampson says, as well as indications for use, geographic market projections, cost-of-goods targets, and IP issues.

The profile needs to be a living document that changes as the product takes shape, Hampson says. There is a tendency for people in the industry to ignore the product profile until they have all the answers, says Hampson. “Instead, it needs to be developed really early, even when you don’t have all or even many of the answers … you can leave them as blanks and continue to review, add to, and update.”

The result is, not only a tool for better understanding the product, process, and mechanism of action, but a communication tool for stakeholders.

When to start DbD for cell therapies? “The temptation is to begin later in the game when you need reasonable COGS and you need to be sure of sustainable manufacturing,” says Hampson. “The key thing is comparability and anticipating its implications early in the clinical program. It needs to be flexible at the early stages,” Hampson says. “But, as you near Phase III, you need to lock in your process.” Table II summarizes issues and points where changes will be easier.

Thus, Hampson suggests that companies, whether working with CDMOs or in house, think through such issues as cost of goods, scale, and sustainability much earlier than they typically do today. “You don’t need to spend money on these issues, but you do need to think about them,” Hampson says. “Quality must be a key issue, even at Phase II trials, and early action pays off later.”

In addition, he suggests that companies think about the entire process comprehensively. “There is often a tendency to focus on the core processing steps,” Hampson says. “But you really need to think about everything from collection of material through to administration of product to the patient and all steps in between.”

For cell therapies, disposable equipment and closed processes can be an effective way to reduce costs and improve quality and compliance, “They can allow you to isolate different processes so that they can share a Class 100,000 cleanroom environment,” Hampson says.

In addition, he notes, it is important to look at costs comprehensively; an increase in one cost can, for example, reduce overhead, improve process sustainability and cost of goods. Table III outlines the issues.

Regulations evolve
Cell therapy is still a new area for regulators, and, as Preti says, some guidelines are clear and others aren’t. “Development by design is needed throughout the process, but the piece we still struggle with the most is mode of action (MOA) and product characterization. Regulatory agencies understand that it is difficult to pinpoint MOA.”

Preti emphasizes the importance of working with regulators. “You can be in a position to inform and influence regulations as products are developed,” he says.

For any company moving into this brave new world, top-level questions are needed, Preti says, emphasizing the following: “Do you have an understanding of scale? Can you scale up from very small? Can you characterize the process and control it for reliability and quality?”

In the stem cell area in particular, this is crucial, Preti said, since the product relies heavily on the process. “Manufacturing can be thought of as patient administration. It cannot be separated in the same way that it can for traditional medicines.” For contract suppliers, he adds, demonstrated success will be important, and sponsors should consider whether a prospective partner will be able to stay with them for the long run.


Equipment Evolves
In the bioreactor area, there is great interest in moving from 2-D to 3-D processing to enable the processing of the cell volumes required, something that companies such as Israel’s Pluristem have been doing for some time.
Equipment designer Instrom is partnering with companies including BRTI Life Sciences to focus on 3-D cell matrix technologies developed by Dr. John Brekke. EMD Millipore has been partnering with PharmaCell B.V. to use its Mobius bioreactor platform to expand and harvest HepRG cells. GE Sciences is also evaluating Wave and other systems and set up a center of excellence in Wales recently.
In other equipment areas, Pall Corp. has been partnering with CMDG LLC on cord blood processing technology. Following are some of the equipment manufacturers and systems applied in cell therapy development and manufacturing:
Beckman Coulter
Corning Cell Stacks and Cell Cube
EMD Millipore
GE Biosciences
Thermo Scientific’s Nunc Cell Factories
Pall Corp.