The Affordable Care Act's Impact on Innovation in Biopharma 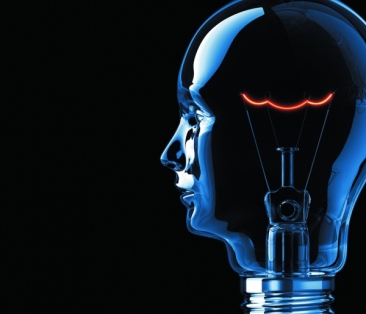 The biopharmaceutical industry contemplates product innovation within the changing landscape of healthcare.

The Affordable Care Act (ACA) has elicited intense national debate and sent biopharmaceutical companies scrambling to understand how their business model, including its ability to innovate, will change as healthcare reform moves forward. Within this uncertain market, what is obvious is that the industry is in the midst of significant transition. Critical drivers of this change are largely macroeconomic; policy is simply accelerating change. Understanding this backdrop is crucial as the biopharmaceutical industry contemplates product innovation within the changing landscape of healthcare in the United States.

The Changing Landscape of US Healthcare
Costs associated with healthcare in the US account for a significant piece of the economic pie. A few key facts: In 2010, the US spent $2.6 trillion on healthcare or an average of $8402 per person; the share of gross domestic product (GDP) devoted to healthcare has increased from 7.2% in 1970 to 17.9% in 2009 and 2010; and healthcare costs per capita have grown on average 2.4 percentage points faster than the GDP since 1970 (1). Despite this spending increase, Americans’ average life expectancy and the efficiency of the US healthcare system are ranked near the bottom of countries with advanced economies (2). These cost increases have a significant effect on individuals, households, and businesses.

The problem is not entirely a healthcare one; it’s a much bigger economic problem. According to a Rand study, increased family contributions to healthcare absorbed almost half of the growth in US before-tax income from 1999 to 2009 (3). Howard Shultz, Starbucks CEO, has been quoted as saying that his company spends more on healthcare than it does on coffee beans. The problem is clear: healthcare spending is affecting the economy of the US and there must be a solution.

The Patient Protection and Affordable Care Act (PPACA), also known as the Affordable Care Act (ACA) or “Obamacare”, has a number of provisions baked in that propose to address cost and efficiency in healthcare. The ACA, for example, includes demonstration and implementation of new payment and care delivery models for Medicare patients (e.g., accountable care organizations [ACOs]), provisions to better coordinate care for people dually eligible for Medicare and Medicaid, reductions in Medicare payments, and new rules (e.g., disclosure and transparency) and new institutions (i.e., exchanges). Despite these attempts at cost-reduction, healthcare expenditure in the US is still projected to increase faster than national income for the foreseeable future (1).

In the pre-healthcare reform environment, drugs and devices were generally priced at a premium based on modest, incremental improvement in features and benefits (i.e., length of drug action). A fundamental belief within the industry has been that premium pricing equals healthcare innovation. Ultimately in today’s cost constrained world, a premium price without demonstrated economic and clinical value is just a cost driver, and cost drivers are being targeted with increasing intensity by payers, providers, and patients. As risk is shifted from payers to provider systems and consumers (patients), the need to show cost-effectiveness of products becomes a core requirement for market access today and in the future.

Impact of Shifting Risk
With the ACA’s endorsement of ACOs, there is a clear emphasis on shifting risk associated with the quality and costs of healthcare to the provider. The focus on the ACO model of coordinated and accountable care is largely based on the belief that rising healthcare costs are, to a large degree, driven by uncoordinated care focused on treating disease rather than on maintaining health. The goals of ACOs are laudable—reduce costs and improve quality of care through coordination among providers. In the current environment, and especially in locations where hospital systems already control significant market share, moving quickly will enable them to lead in creating and controlling ACOs. The result will be that more physicians will likely become employees of systems and have less influence and control over how healthcare is provided.

Another equally significant trend is healthcare consolidation. There has been a spike in the formation and growth of hospital systems and the employment of physicians. In addition, payers are also becoming more involved by creating partnerships with hospitals. Data suggests that the percentage of physicians working in practices owned by a hospital or integrated delivery system increased from 24% in 2004 to 49% in 2011 (4). It’s no surprise that consolidation brings greater purchasing power. The consolidation of hospitals into fewer, larger systems increases the leverage of buyers with all suppliers, including pharmaceutical companies. Beyond that, the integration of insurers with delivery organizations potentially increases the power of administrative perspectives in purchasing decisions relative to clinical perspectives. The likely consequence is accelerated pricing pressure.

With the consolidation of provider organizations and the employment of physicians has come a profound shift in power. Treatment decisions that historically were made at the physician level are being institutionalized, with management’s role growing at the expense of clinicians. Enterprise-level senior executives and hospital administrators increasingly are making decisions about what drugs will be on the formulary, and which will not. Not only have clinicians been forced to share decision making power with management, but administrators are increasingly restricting the access of sales reps to individual physicians. The upside is that biopharmaceutical companies will no longer need as many sales representatives to promote their products. The downside is if they want to educate physicians about the value of their products, manufacturers will need to explore new avenues for doing so.

Even more important is that influencing decisions like what choices go on the formulary will require an entirely new approach to business development that doesn’t begin to resemble physician detailing. Finally, as healthcare systems continue to develop standardized, evidence-based care paths as a means of controlling clinical quality and costs, biopharmaceutical companies must understand the clinical and economic data these decision makers value and how this information can be communicated to them in an effective manner. In a world of new payment models and changing reimbursement values, demonstrated economic and clinical value is becoming paramount.