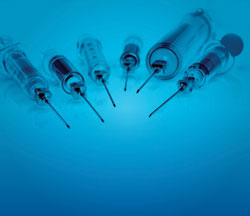 The Ebola outbreak in 2015 and the current stampede to develop a new vaccine to combat the Zika virus illustrate the increasingly important role of vaccines in advancing public health. Public and private funding for vaccine development and production has grown noticeably, from $822 million in 2000 to $3.6 billion in 2014, spurred by the “Decade of Vaccines” (2011-2020) initiative launched by the Bill & Melinda Gates Foundation and the global health community five years ago. The campaign has helped move more vaccine candidates through clinical testing to market approval, according to an analysis in the February 2016 special issue on vaccines in the journal Health Affairs (1). And it has prompted manufacturers to expand and modernize vaccine production facilities to be able to meet the global demand for treatments and to avoid product shortages.

The urgent need for new treatments to combat Zika and related birth defects also illustrates the inadequacies in the current world health infrastructure to combat epidemic and pandemic diseases. Experts seek to improve public health infrastructure and to reach global agreement on clinical trial design and regulatory decision making to support rapid development of needed therapies. At a Ministerial Conference on Immunization in Africa in February 2016, officials emphasized the need for greater funding of national immunization programs, including expanded regional capacity for vaccine development and production; they also demanded increased price transparency to facilitate access to affordable vaccines.

Scientific advances
To achieve these goals, scientists in academia, government, and industry are moving to tap new genomics technology to reduce the long R&D process and help modernize vaccine development and production. The design of new antigens based on molecular structure and advances in synthetic biology will help deliver new vaccines to patients, noted GlaxoSmithKline (GSK) Chief Scientist Rino Rappuoli at the PDA/FDA Vaccines conference in December 2015.

Such strategies may accelerate development of a vaccine for Zika, which is similar to that for dengue, East Nile virus, and yellow fever. Sanofi hopes to build on its success in producing a vaccine against dengue fever, which was approved in December 2015 in Mexico, Brazil, and the Philippines (2). GSK, Pfizer, Merck, Johnson & Johnson, and Takeda, as well as several smaller biotech firms, are examining vaccine research portfolios for potential candidates to combat Zika.

Anthony Fauci, director of the National Institute of Allergy and Infectious Diseases (NIAID), has explained at several Congressional hearings that he hopes to begin Phase I studies on a Zika virus vaccine in a few months, building on a DNA-based vaccine for West Nile virus already under development. Positive early results could lead to larger trials more quickly than usual, but a fully tested and approved Zika vaccine still will take several years.

Meanwhile, testing continues on Ebola vaccine candidates that have produced evidence of safety and efficacy from “emergency use” and initial clinical studies. Merck announced advanced clinical trials for its vaccine developed with NewLink Genetics in January 2016, plus a deal with GAVI, the Vaccine Alliance, for coverage and distribution by the end of 2017 (3).

Vaccines for other widespread infectious diseases also are moving forward. Researchers recently reported progress in combating Middle East Respiratory Syndrome (MERS), and US investment in research to protect against bioterrorism has led to a new vaccine to treat anthrax exposure. Efforts to establish more reliable and efficient supplies of seasonal influenza vaccine in the United States, moreover, have led to development and FDA approval of the first US adjuvant flu vaccine.

President Obama has asked Congress for $1.9 billion in emergency funding to tackle Zika, much of that designated for the Centers for Disease Control and Prevention (CDC) to track the disease and prevent its spread, and to the National Institutes of Health (NIH) to fund R&D on vaccines and antiviral therapeutics. FDA would get $10 million to support oversight of vaccines and diagnostics, as well as assays to screen blood for the Zika virus. Additional resources would help the US Department of Health and Human Services’ (HHS) Biomedical Advanced Research and Development Authority (BARDA) further the development and manufacturing of new Zika vaccine candidates and other innovative vaccine platform technologies. BARDA already is working with Brazilian agencies to develop a Zika vaccine and to build commercial-scale manufacturing.

Manufacturing challenges
In addition to support for innovation to achieve a sustainable and profitable vaccine industry, manufacturers hope to gain more streamlined vaccine development requirements and clearer reimbursement and coverage programs. Despite the proven effectiveness and value of vaccines, health agencies and insurers want lower prices, while conflicting regulations add to manufacturing costs.

For example, the transfer of production of a long-used vaccine adjuvant to a new facility at GSK’s Marburg, Germany, production site took five years and involved 15,000 pages of nearly 300 documents, reported GSK officials Hans-Joachim Mai and Jutta Ochs at the 2015 PDA vaccines conference. The extensive process was needed to document unchanged quality attributes of the adjuvant under a new automated quality control system.
Similarly, Wilson Forsyth, director of quality control at AstraZeneca (AZ) Biologics Global Operations, described a complex two-year process for shifting a vaccine quality control operation from California to the UK as part of a consolidation of quality control and vaccine R&D at AZ’s Liverpool facility. The transfer process involved multiple work streams and was complicated by different time zones and the need to continue production of seasonal influenza vaccine.

More modern vaccine production aims to avoid supply shortages, which regularly plague flu vaccine makers due to tight production timelines. In 2015, AZ’s MedImmune experienced production “challenges” that delayed shipment of millions of doses to the US of its FluMist nasal spray. Vaccine shortages are difficult to resolve because the cost of building and operating high-quality vaccine production facilities limits availability of alternate sources and the ability to outsource production.

Costs and coverage
Vaccine shortages may be most common with low-cost products because manufacturers are more likely to close a plant that experiences vaccine quality production issues or to exit that market rather than invest in improvements, according to a recent analysis of the relationship between vaccine prices and shortages by David Ridley and colleagues at the Duke University Fuqua School of Business (4). The analysts found that most vaccine shortages involved older, low-cost products, and fewer problems with newer products, particularly innovative combination vaccines. Government health programs and other payers want to avoid over-paying for vaccines, Ridley noted, but higher-priced products encourage R&D in new vaccines and in high-quality and high-capacity manufacturing facilities.

Co-pays and coverage limits by insurers also can block access to vaccines, as seen with Medicare beneficiaries who have to pay more out-of-pocket for vaccines, according to a recent study by Avalere Health for GSK (5).

Conversely, strong state vaccine mandates can work, as seen in a review of the history and impact of childhood vaccination requirements in Mississippi and West Virginia, the only two states to allow only medical (and not religious or personal) exemptions to vaccination prior to a recent move in California (6). It may be politically difficult to revoke non-medical exemptions, the authors concede, but policy makers could make such exemptions harder to attain.