What’s In a Name? For Biosimilars, A Lot 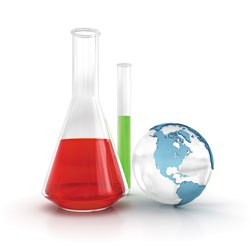 There is still some uncertainty surrounding whether a biosimilar will share the same compendial identity—or biological product monograph—as its reference product. It has been reported that FDA determined that the United States Pharmacopeial Convention’s (USP’s) monograph for filgrastim does not apply to the first-ever approved biosimilar product, Zarxio (filgrastim-sndz). This determination may ultimately factor into future FDA policy or guidance documents on biosimilar naming. While FDA and USP work closely on nomenclature policy, “USP naming is not directly implicated under either USP rules, or Federal law, until a compendial standard applies to an article,” according to presentation notes from USP, and “shared compendial identity does not necessarily imply or mandate an FDA determination of sameness or interchangeability” (1). BioPharm International spoke to USP to find out a bit more about how the naming process for a drug occurs and who truly will have the final say when it comes to biosimilar nomenclature.

USP: USP’s mission is to improve global health through public standards and related programs that help ensure the quality, safety, and benefit of medicines and foods. Our flagship compendia of public standards—United States Pharmacopeia–National Formulary (USP–NF)—play a key role in the adulteration and misbranding provisions of US federal food and drug law.

International Nonproprietary Names (INNs) are given to most drugs early in the drug-development process, even though many of these drugs never make it onto the market. The INN is established by the World Health Organization’s expert group on nonproprietary names. In the United States, the United States Adopted Names Council (USAN) next names medicinal articles, usually also well before approval. When FDA approves a product, it assigns an interim established name, and generally (but not always) follows the USAN name. While USP provides expert representation in both INN and USAN deliberations, USP’s role in naming comes into play after approval of a drug, when a USP monograph is developed and is given an official title, which then becomes the established name for that drug.

Small-molecule generic drugs fall under the same USP monograph and must use the same name as the innovator product (assuming a monograph exists for that product) because they share the same compendial identity. Whenever two products share the same compendial identity (meet the same identification tests and other aspects of identity in the monograph), they are covered by the same monograph—understanding that the monograph tests and acceptance criteria describe a subset of the quality attributes of the articles in question and do not make a statement about their regulatory status, clinical attributes, or interchangeability, all of which are for FDA to determine. Once a product is determined to share the same identity as a drug recognized in the compendium (a drug for which there is an existing monograph), it is required to use the same monograph title (the official title) as its non-proprietary name, unless FDA chooses to establish a different name via regulation. Conversely, if a drug does not share the same identity as a drug recognized in the compendia, it must use a ‘clearly distinguishing and differentiating name.’ For details, see 21 Code of Federal Regulations 299.5.

Name designation
BioPharm: Who has the final say when it comes to naming? USP or FDA?

Under this provision, unless FDA has designated an ‘official name’ under section 508, the ‘official title’ used in the USP-NF becomes the established name. In order to designate an official name under section 508, FDA must go through a multi-step process including rulemaking, and it has never done so. Recent case law confirmed that while FDA might assign a name upon drug approval, this name is considered an ‘interim’ established name until an established name is provided in the USP–NF. (Novartis v. Leavitt, 435 F.3d 344) (2).

BioPharm: Will naming conventions for biosimilars merely be suggestions, or will they be enforceable by law?

USP: The statutory and regulation provisions described previously relating to naming apply the same way to biosimilars as they do to other drugs, and USP’s role in establishing standards and names for products similarly is the same with respect to biosimilars as it is for other drugs. USP has no role in enforcement, which falls under the purview of FDA and other regulatory bodies.

BioPharm: How will the naming of a biosimilar interplay with an innovator product’s monograph?